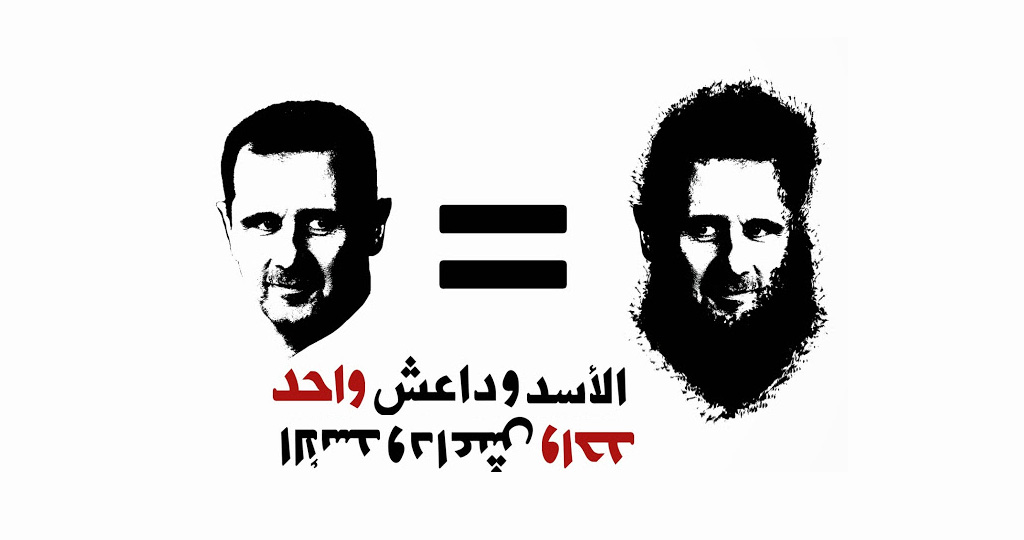 So That We Will Not Be Crushed Again

In the span of two generations, we have been crushed twice: Us, the Assad regime’s secular opponents who, by virtue of our secularism, have also been at odds with the country’s Islamists. We have failed to shield ourselves both times, and so made it easy for our adversaries – the regime the first time around in the 1980s, then the regime and the Islamists in the past two years – to crush us and destroy our cause.

Our lack of resources and arms never helped in this regard. Neither did the fact that we never seriously thought to invest in our strengths, namely, our cultural and social ingenuity. In fact, our ingenuity was itself rather limited, for we have either embraced ossified doctrines, got entangled in fruitless disputes, or approached culture as a peripheral field. We regarded our ingenuity as a mark that primarily distinguished us from the common people, and we lost sight of our liberal values as a result of our narrow factionalism and tactical considerations. As a result, we were seldom able to reinvigorate Syrian culture or transform whatever new culture we did create into a social force to be reckoned with.

Today, we stand before a decimated society; the working population which had launched and led the revolution has since been plagued by arrests, killings, and displacement. Those who remain standing are dispersed due to the lack of a unifying vision. The significant numbers of Syrians who constituted the working class lived off their work, production, and knowledge rather than through looting and corruption or property rents and foreign contracts. They were the most vulnerable to the organized and systematic exploitation of the Assad regime and its equivalents among the Islamists. Those are the Syrians whose interests social and political emancipation would serve the most, they are the ones who stand to benefit from a new free Syria.

This social class cannot defend itself armed solely with culture when facing armed foes such as the Assad regime or the Salafist militias spread out across Syrian territories today. Self defense is essential, and that includes the defense of one’s own community with arms. We will be crushed, time and again, if we are unable to defend ourselves and defend the cause that we strive for, the freedom and equality in Syria for all Syrians. Indeed, If we remain unable to reconcile our cultural vocation with physical force, including the use of force when it is called for, not only will we be unable to defend ourselves, but also our victimhood will lack meaning.

We have been imprisoned, tortured, killed, displaced from our homes, our lives have been destroyed and we have been treated with utter contempt. We would be participating in this crime against ourselves if we don’t remedy our dearth of ideas, thoughts, aesthetic and moral values, on the one hand, and if we don’t address our fragmentation and inability to gather our forces, on the other.

We would also be participating in our own demise if we choose to remain unarmed, if we treat culture as a substitute for political power, and if we use culture as a justification to refrain from defending ourselves or to distance ourselves from the Syrian masses. Those two things, culture and force, are equally vital and indispensable; liberal culture and liberal values are what contain physical force and harness it to achieve the general goal of freedom. As for strength, it is to defend people when not defending them means them becoming lawful targets to be kidnapped, detained, tortured, killed and displaced- something we are all too familiar with based on our first-hand experiences.

This requires that we rebel against our old habits as well as those intellectual and political traditions that have become ingrained in us over the last thirty years, in particular the separation of liberal culture from the use of physical force. Indeed, we made this separation the essence of our identity and the mark of our distinction from others. We are unaware that, by doing so, we positioned ourselves on the sidelines of politics. Again, our way back into the fold is only possible through the Syrian working class which we must engage and organize so that it is capable of defending its life and its homeland. No one will wage our battle if we do not wage it ourselves, and the thugs of religion and the state will not take us seriously if we are incapable of defending ourselves and imposing ourselves as key actors.

We believe this is also what our society needs to break this deadly polarization between two monstrous forces, who equally deviate from our national and human values. This would also stem the fragmentation of a wide faction of Syrians many of whom seem to have succumbed, nowadays, to frustration and cynicism. In doing so, they sterilize themselves and they waste the energy that is crucial if we are to regain ownership of our country. Investing in this social segment and transforming it into a proactive national bloc is the alternative to this sort of fragmentation and resignation which only serve the thugs and the counter-thugs.

We are well aware that this will take years of organized and diligent effort and a complete break with the selfish spirit that has come to characterize a generation of intellectuals and activists. This vision necessitates, to the same extent, an intellectual, psychological and political break with those degenerate forms of public work which tend to attract the corrupt , the foolish, the dodgy and the fickle, in the ‘coalition’ and other such opposition alignments.

Our country is going through a historic plight that is unparalleled in recent times, not just since the Syrian entity was established less than a century ago. This is a plight that has been unmatched since the ancient era. Half the population has been internally displaced. An eighth or more of the people have become refugees outside the country, and the waters of the Mediterranean have swallowed hundreds of them in the past few months. Around 200,000 Syrians have been killed including more than 15,000 that have died under torture. Homs, Daraa, Aleppo, Deir Ezzor, Raqqa, Darayya, Moadamiyya, and eastern Ghouta have sustained massive damage. On top of falling into the hands of a criminal family that handed it over to Iran and its sectarian followers in Lebanon and Iraq, Syria has been plagued with religious militant factions whose struggle is devoid of any liberal or nationalist dimension. ISIS distinguishes itself among those groups in that it is a mix of settler colonialism, religious madness and ethnic cleansing. The near-future seems to promise only more massacres, further division and more entrenched hatreds.

To top it off, the world and international organizations have let this slaughter go on in the country for three years and a half, and it appears they are continuing to “manage the crisis” in such a way as to transform Syria into a mass of human debris and an eloquent example that illustrates to the people of the region and the world the dangers inherent in embarking on revolutions and rebelling against unjust rulers.

This is the last dimension to our dilemma; international powers are complicit with the killer, and the assaulted Syrians have been left in near isolation without the ability to defend themselves. The Assad regime was given the permission to kill its subjects by all available means other than chemical weapons. This is a Syrian experience that cannot be forgotten or circumvented during the process of building a national force that brings together liberal values, social capital and physical force as well as culture and the common people. It is incumbent upon us to ingrain this experience in our culture and transform it into a positive energy that inspires independent work, while being careful not to slide into isolation or turn our back to the world because of our grievances. On the contrary, we have distinguished partners in the world, and they are a valuable source of support for our struggle. And it is up to us to acquire new partners.

If we are to avoid getting crushed yet again, then we must begin our work now. Our ally is creative thinking, independence, personal and national dignity and dedication to our work. The regime has its weapons, the Islamists have their weapons and, together, they draw on sectarianism, hatred, brutality and despair whereas we have ingenuity, freedom and hope. Equipped with such values, given our experience over the last two generations and with the presence of a wide Syrian social segment that is fragmented but aspires to work and become cohesive, we should be able to form a socio-political bloc in no time. Physical force naturally flows from the establishment of a social and political power.

Four years from today, a whole century will have elapsed since the emergence of our country. This should be a key date to measure our progress in the intellectual and cultural representation of our country. By then, we should have come a long way on the path of political representation, and we should have taken big steps toward recovering our cause from the hands of these various killers.