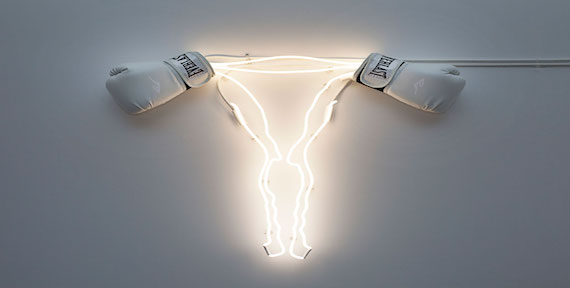 It was recently brought to my attention that some of my friends don’t think I identify as a feminist. I must admit, it’s partly my fault as I am not what you might call an “active” feminist, meaning I’m not a member of a women’s group and I have no interest in re-reading third-wave feminist literature for the fourth time. But I’ve always assumed that a feminist is not something I say I am, but rather a way of life I choose. For someone who socially and sexually identifies as a queer woman, I found the assumption quite insulting, but it also reminded me of the dilemma I will face this week.

Today is International Women’s Day and if I don’t send a heartfelt WhatsApp message to my mother she is likely not to speak to me for a month. She loves flowers and sweet gestures, and even though for her the occasion has long ceased to symbolize the Soviet women workers’ struggles, she remains, just like millions of women from her generation, a champion of feminism without even knowing it.

Her and I disagree on many things, including Valentine’s day for that matter, and I truly hope she will forgive my absence of festive spirit this year.

What started as a political movement to grant women, working women, equal rights, is now nothing but a mere occasion, and at times a national holiday, to buy flowers for the sisters, daughters, mothers and wives who all share the same anatomy.

The day also gives women a chance to take pride in their femininity and roles in society, and yet in doing so, it confirms the “otherness” of womanhood. Compared to International Men’s Day, held every November 19th and practically going unnoticed by mass media, International Women’s Day turns into an annual charade, supported by governments and rights groups alike. The difference between the two occasions is not only that every day is men’s day (no, it’s not), it’s also the fact that for men to succeed in their careers and social lives is not something we, both men and women, are used to applaud or celebrate; it’s the norm.

When objecting to symbolic celebrations of any historic cause, in this case International Women’s Day, common replies almost exclusively fall in the range of, “look at the world we live in,” or, “what is there to lose?”, or “it’s just to show support and appreciation,”. But unless you’re an obnoxious “meninist” who has a problem with women taking any leading role in public life, my answer to you is this: don’t celebrate, riot.

The idea that we still have a day during which we are placed on a pedestal by men and celebrated for our sexual anatomy is ridiculous at best, and destructive at worst. It doesn’t take into consideration that not all females identify as women, and not all women identity as feminists, and not all feminists share the same social and political values, and more importantly, not everyone seeks gratification from men.

Capitalism is quick to hijack every cause of social and ethical value and liberal feminism is to blame for idolizing corporate iron ladies and warmongers. Do we hail men who hold powerful corporate or political positions because they “made it”? So why celebrate women taking up similar positions and contributing to the injustice in the world? No, Hillary Clinton, Sheryl Sandberg, Christine Lagarde, Indra Nooyi and Lubna al-Qasimi are not symbols of women’s success; they are symptoms of a problem.

Successful women today don’t yell at interns and commission child labour in China, nor do they have open dialogues with dictators and arms manufacturers. Successful women today take back public spheres with banners, stencils and gas masks. They don’t naively attempt to change the system from within; they create an alternative system where being a female does not exempt anyone from criticism, and where being a male does not brand anyone as the enemy. Success is having flashy corporate trophies being dangled in front your eyes by the system, and turning the other way every time.

For the men who genuinely want to show their appreciation on this day, hear this: we don’t want to be applauded. We are not cats bringing home preys for pats on the back. We are not children learning new words. We don’t like being thanked for our role in your society (using phrases such as “our society” implies that women are some sort of contributing talent to your spectacle.) In fact, we aspire to live in a world where our accomplishments are not seen as grandiose acts but rather something you think you do on a daily basis. No thank you. We don’t want delicate flowers, or boxes of chocolates.

You’re welcome to join, only if you’re as furious.

Zuhour mahmoud Beirut-based journalist with a focus on the Syrian conflict, gender issues in the Middle East and radical politics.
Yaaser Azzayyaat