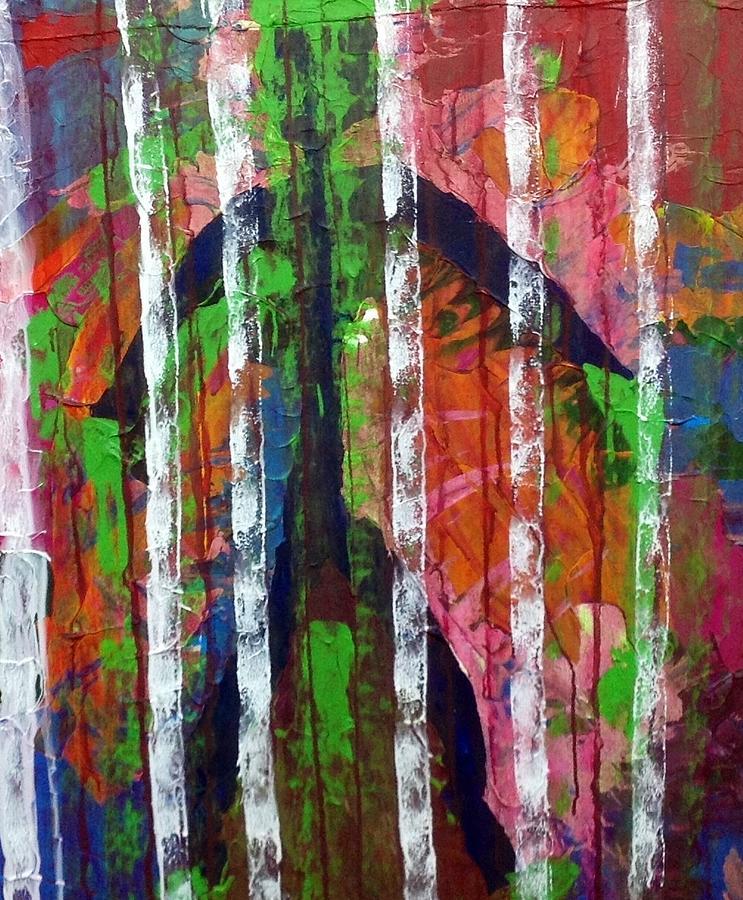 The fifth in a series of letters written by Yassin al-Haj Saleh to his missing wife, Samira al-Khalil, who was kidnapped in Douma in December 2013.

Sammour, I tried in the last letter to give you an idea of the humanitarian situation in Syria, which is sometimes described as the worst humanitarian crisis since Rwanda in 1994, and the worst refugee crisis since World War II. However, there are two things that make the situation more hideous in my view.

First, in effect our tragedy happened under international supervision, with the presence of the US, France, Russia, the UK, and China; the five self-appointed protectors of international security. Moreover, there was no lack of credible information for almost six and a half years (not three months as in Rwanda).

Second, not only does the cause of our national and humanitarian disaster, Bashar al-Assad, remain in power, but there is also talk of “rehabilitating” the regime, which amounts to rewarding it for its extraordinary criminality.

What does that mean, Sammour? What does it mean when half a million people have been killed, the lives of millions have been destroyed, and yet the powers leading the international community, and the world as a whole, are working to re-establish the conditions that led to the disaster and the ruling junta that is directly responsible for killing around 2.5% of its people? It means simply that the death of those who died is worthless, the torture of those who were tortured is insignificant and the destruction of millions of lives is inconsequential. I think we are being told the hundreds of thousands who were killed lost their lives for nothing; the cries of all the tortured and the pain of the mothers, fathers and children do not matter, and none of this is a price for anything, nor will it bring us any benefit. Blood is not a price for freedom, and the victims are not sacrifices for salvation. In short, our dead are not martyrs and we have no cause. This terrible ordeal will not lead to political change, the murderers will not be held accountable, justice will not be attained, no new horizons will be opened for the country, and Syrians will not be in a better position to take control of their own lives and build their future.

Can you imagine that, Sammour? When our suffering is deprived of any meaning, we effectively leave the domain of humanity, which is a domain of suffering coupled with meaning. Thus, we either enter the domain of things that neither suffer nor have meaning, while it is the engineers of our disaster alone who are the humans; or we become lower-class humans, while the engineers of our disaster are above human, perhaps gods. Can you imagine that, Sammour? Racism outdoes itself, and on the pretext of fighting Daesh, any fascist racist can put on the mask of a civilized, refined progressive.

When the death of 100 of us is deemed the same as the death of 1,000 of us, which is the same as the death of 100,000 or a million of us — zero in all cases — we are being told that each one of us, and all of us together, are zero, and that our extermination is not a loss and will have no consequences. It can only be that they are gods, those who produced our ordeal such that few of us are the same as many of us to them. In fact, our cause is approached through the “the war on terror” framework, which not only permits our bloodshed but also convicts us in advance as terrorists or “social bases” for terrorism, as Bashar al-Assad has put it. Thus we move from the deprivation of our meaning to the permissibility of our slaughter, and from the deprivation of justice to the deprivation of life; that is, genocide.

They say there is no alternative to Bashar al-Assad, and renew his mandate over us because he is guaranteed and under control. What the powerful of the world want today is to own our “change process;” to decide for themselves the amount of change, and its direction, its pace and rhythm, and its outcomes. That is, they want further that we should have no history, or that our history be at most a branch of the history of the powerful.

Sammour, the dreadful result of all of this is an irrevocable sentence to the effect that our best efforts should leave no impact; and that nothing we do sincerely should bear fruit. Our actions are like inaction, and the results will be zero in any case. This means surrendering to despair, a death sentence indeed, and a resumption of the work of Bashar al-Assad.

This Syrian story is unlike any other story in our modern history filled with blood and pain. The other stories were either not known to this extent; or were local, without the participation of global powers; or did not continue for this length of time; or were not so terrible in human and material cost; or so destructive of the future, as our story. It’s either that the international powers were already united, or they are becoming united now in our country behind our main killer (if not behind him, then positively neutral towards him), which makes our story global: the story of the world.

And the problem is that the only proper political conclusion to be drawn from all this is the need to change the world. As long as the world obstructs change, and denies meaning to our life, it must be changed, in order for us to live and for our lives to have meaning. However, Sammour, this means that we are doomed to leave action, and politics, and attempts to shape our destiny for a long time. Changing the world is not just an expression, it is the title of a terrible destiny. You know this from our efforts to change Syria. The world is a large Syria, Sammour, and to change it most probably means to spread the horror that befell us all over the world.

Nevertheless, this remains the only struggle to fight in order to restore meaning to our suffering, to honor our victims and to make the Syrian tragedy a catalyst for change in a world that must change. What has no meaning is the world that denies our meaning, and changing it is the duty for our sake and for the sake of others who suffer greatly and mean little.

Sammour, we are the proletariat of meaning, the pariahs of meaning, the condemned and cursed who have no right to condemn, and are forbidden to speak about matters of good and evil.

Sammour, our cause today is here, in an unsettled place between the denial of our meaning and the tragic hope to change the world in order for us to have a meaning.

The Islamists who, like us, are denied meaning, are too narrow-minded and self-interested to be a force of change and meaning. Your abduction embodies more than anything else the smallness of the Islamists, and their inherent inability to contribute to changing the world in meaning and structure. They are nihilistic, miserable, and desperate. They are victims and victimizers at the same time. This being a definition of suicide, Islamists are the very embodiment of suicidal powers.

We, Sammour, lose nothing by changing the world today. We are the damned whose only meaning is to work to change a world that denies our meaning. We: the ones who are like you and with you.

However, once again, this is a terrible destiny, and not just a brave idea to list and move on to the next one. Destiny owns and cannot be owned. I’ve known that and lived with it since you were kidnapped and disappeared. I see it with my eyes – and with yours.

“In a dying world,” to borrow from Mahmoud Darwish, the “oasis” is you, in your double or triple siege.

Murhaf Fares PhD student in Computational Linguistics at the University of Oslo.