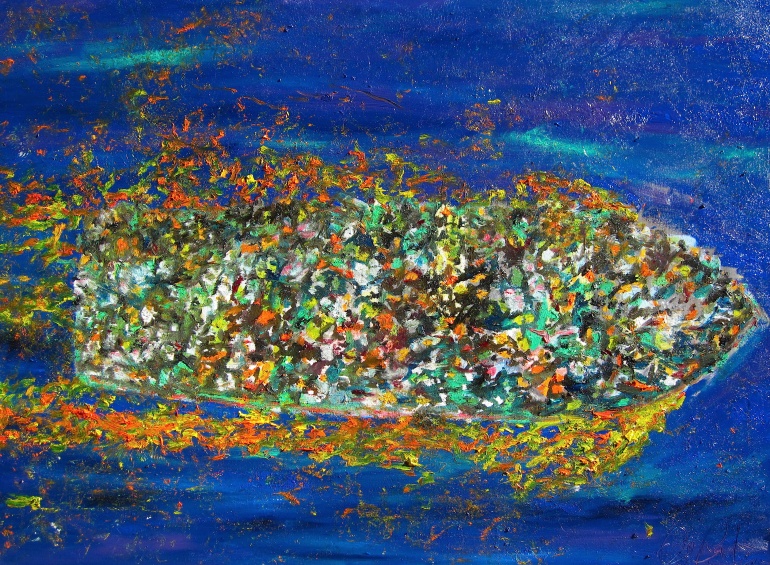 In Lebanon, “it’s the Syrians’ fault”

At the UN last week, Lebanese President Michel Aoun made a dishonest case for the safety of Syrian refugees’ return.

“It’s the Italians’ fault,” goes the common Lebanese expression, used to justify failure to resolve a certain challenge or, more often, to ridicule officials similarly passing on the buck for their own shortcomings. It refers to the Battle of Beirut in 1912, when the Italian navy bombarded Ottoman forces, wreaking havoc and destruction on parts of the Lebanese capital. Yet the chaos created by the cannons of the Giuseppe Garibaldi and Francesco Ferruccio were as nothing compared to the manner in which the Lebanese dealt with most future disasters over the ensuing years, most recently the Syrian refugee crisis.

Now well into its sixth year, the Syrian refugee crisis remains inadequately addressed by the Lebanese government, whose various lukewarm responsive measures have been inversely proportional to its extremely vocal demands to magically be rid of one million registered refugees. Every year, the Lebanese establishment uses the pulpit of the UN General Assembly to further pursue this policy, which while projecting a façade of empathy and kindness is ultimately laced with hatred and xenophobia against everything non-Lebanese, whatever that may mean.

Last week, Lebanese President Michel Aoun addressed a room full of world leaders at the UN, most of whom could play a positive role in assisting in Lebanon’s refugee predicament, either by offering much needed additional funds, or potentially by agreeing to host some of the refugees. Aoun, however, had other plans in mind. His insipid speech purposely lacked concrete proposals and avoided practical solutions, demanding instead the immediate return of the refugees to Syria. According to Aoun—an ally of both Iran and the Assad regime—given that 85% of Syria has allegedly now returned to the fold of “the state,” it is completely safe for all Syrian refugees to return at once.

To anyone unfamiliar with the Syrian conflict, Aoun’s wishful yet sinister assertion might suggest that the majority of the million Syrian refugees in Lebanon are supporters of the Assad regime who only fled their homes and land because of the dangers of the anti-Assad armed groups. Aoun malignly failed to mention that Lebanon’s refugee population is chiefly displaced because of Assad’s barrel bombs and the occupation by pro-Iranian militias, including Lebanon’s Hezbollah, of their towns and villages. Assad’s recapture of this imagined 85% would thus make refugees less, rather than more desirous of returning.

At the same time, President Aoun anchored his speech on a deliberate misreading of US President Donald Trump’s earlier address to the assembly, in which he underscored his country’s willingness “to help these horribly treated people […] which enables their eventual return to their home countries to be part of the rebuilding process. For the cost of resettling one refugee in the United States, we can assist more than 10 in their home region.” Trump’s clear offer for financial assistance to many of the countries neighboring Syria, chiefly Lebanon, was maliciously construed by Aoun and his political bloc as a call for the naturalization of Syrian and Palestinian refugees with the aim of weakening Lebanon and its state.

This same populist broken record has been used over the years by successive administrations to justify their refusal to embrace reform to abolish sectarianism and, more recently, to adopt a long-term plan to provide the refugees with a less harsh temporary exile. According to this chauvinistic outlook, giving any refugee adequate housing and access to education and basic healthcare would lead them to overstay their welcome, and therefore it is preferable to adopt ad hoc policies which remind these refugees they are not welcome. This conduct, coupled with the administrative restrictions of an outdated state bureaucracy and an unquenchable thirst for corruption, has thus far succeeded in frustrating the international community and various relief agencies, forcing the latter to bypass the Lebanese state and engage with the refugees directly, making an already messy situation even worse.

And yet, Aoun was not simply pursuing this injudicious policy, which might pass for some as falling within Lebanon’s interests. Instead, the Lebanese president opted to partake in a campaign to resurrect the failing regime of Bashar al-Assad, who, despite surviving the armed revolt, has relinquished most of his sovereignty to his Iranian and Russian allies. This fact was further demonstrated by the unwise meeting of Syria’s Foreign Minister Walid al-Mu’allim with his Lebanese counterpart, Aoun’s son-in-law Gebran Bassil, which obviously aimed to project a business-as-usual impression to divert attention from the reality that Syria is ruled by an autocrat who cares little for diplomacy and democracy.

President Aoun concluded his speech by putting forth a beauty-pageant sort of declaration, proposing that Lebanon, with its deep pluralistic historic diversity, act as an “oasis” for cultural and religious dialogue. However, the basic flaw in Aoun’s cliché is that to act as a facilitator for dialogue and reconciliation, one needs first to refrain from antagonizing half of the Lebanese population who refuse to be coerced into accepting Assad as an ally and friend. More importantly, Aoun needs to stop supporting a dictator and demonizing the refugees who are only in Lebanon to begin with as a result of that dictator’s cruelty. As with the Italians a century ago, blaming everything today on the Syrians may make one a politician, but never a statesman.