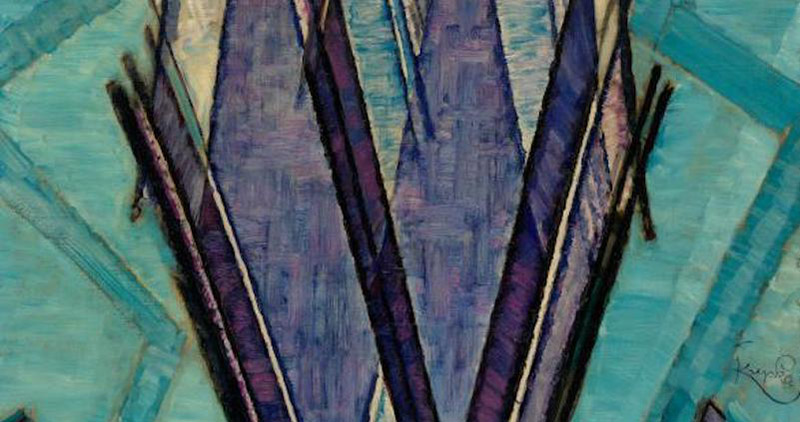 In defense of groups, and (some) consociational solutions

Like it or not, sectarian groups in Syria and elsewhere are real, and governmental systems cannot ignore them entirely in the short term, argues Dr. Loubna El Amine, in response to an earlier article by Dr. Rima Majed.

[Editor’s note: The below is a response to Dr. Rima Majed’s article, ‘Consociationalism: A false remedy prescribed on a misdiagnosis.’]

In her recent article, Rima Majed critiques the notion of consociational democracy as the system best suited to resolve the conflict in Syria. In so doing, Majed focuses on criticizing two of the premises upon which consociational proposals are based.

The first of these is that ethnic and sectarian groups have an ontological reality (that is, that the clearly-defined groups are not merely a result of classifications imposed by the analyst on the community, but rather do exist in reality, and individuals interact and are divided on that basis). The second is that the conflicts in such countries as Lebanon, Syria, Iraq, Bosnia, and Ireland are caused by these groups and their mutual competition (as opposed to other reasons; economic ones, for instance).

Moreover, Majed puts forth a third argument against consociational regimes; namely that they lead, in and of themselves, via their institutionalization, to the further cementing of sectarian and ethnic divisions. In the following, I shall discuss these three arguments, with the aim of demonstrating that the diagnosis upon which consociational proposals are made is not erroneous, and that, as a result, some form of consociational solution is necessary.

With regard to the reality of groups, Majed moves from a characterization of “the flexible, situational, and constructed nature of identities and group formation” to conclude that sectarian and ethnic groups are not “givens,” and that the task is to arrive at “an understanding of the factors and mechanisms that shape the salience of ethnic or sectarian boundaries and lead (or not) to group formation.” I have no disagreement with either statement. Sectarian and ethnic groups (Sunnis, Shia, Alawites, Kurds) are not eternal formations, nor have they existed for hundreds of years, nor are they the product of immutable, innate sentiments. They are political constructions created with the establishment of the modern Lebanese, Syrian, and Iraqi states; by the colonial practices that preceded them; and the particular political actions taken thereafter by the elites who founded those states. They are situational, then, if we consider that situations last for generations (and not just months or years). By this logic, political systems too are situational, for the modern, sovereign state is also a construction, in that it is the product of political processes and changes, has not existed forever, and is headed for radical change in the future.

Some claim that political systems are “material,” in contrast to groups and identities, which are the product of sentiments, instincts, and ideas not easily accessible to the outside analyst. However, in his latest book, Equal Recognition: The Moral Foundations of Minority Rights, the political theorist Alan Patten demonstrates that it is possible to delineate groups in a material or objective manner, by focusing on institutions of social formation, such as the family, the school, the media, local political centers, and even language, for these institutions create groups, just as the institutions of the modern state create citizens. Alawites are not born with a congenital feeling of affiliation to the Alawite community; this affiliation is instead produced by the institutions with which Alawites come into contact. This means, in effect, that affiliations can be changed by the changing of these institutions. Such change, however, is slow and gradual. And it is not possible to replace all institutions of socialization with civil institutions devoid of any group thinking or their accompanying customs and traditions. For just as the family remains the first group, and the first center of socialization, for the overwhelming majority of people in the world today, local religious, cultural, and educational institutions continue to play a large role in transmitting values of different kinds, even in the most secular European countries. They are thus the connecting link, or the dividing element, between individuals and the state, which is also the role played by clans, sects, and ethnicities in Arab, African, and Asian states for various political, historical, and economic reasons. Groups, then, are part and parcel of modern societies, and are thus a necessary “given” for political and sociological inquiry.

The second question is whether these groups are the cause of the conflicts in “deeply-divided societies” such as Syria today. In her article, Majed takes the view that focusing on sectarian divisions in Syria leads to the ignoring of economic causes of these conflicts, such as “class alliances between rich Sunnis and Alawites close to the regime, and class oppression that does not necessarily discriminate amongst the poor Syrians based on their identity.” Yet the reverse is also true, for focusing on economic causes in the traditional Marxist fashion ignores central and incontestable facts; namely, that the overwhelming majority of senior figures in the Syrian regime are Alawites, and the overwhelming majority of demonstrators against the regime are Sunnis (Alawites who participated did so as individuals, not as groups). This doesn’t mean that economic factors had no role in igniting the Syrian revolution, or in some of its manifestations, or that there are no divisions amongst Sunnis themselves, for economic and other reasons, but the Syrian revolution is not a revolution of the poor against the wealthy. This doesn’t detract from the legitimacy of the revolution, nor from the importance of its demands—most of the world’s revolutions today are not class revolutions. Acknowledgment of the sectarian division of the Syrian revolution is necessary precisely to understand “the factors and mechanisms that shape the salience of ethnic or sectarian boundaries and lead (or not) to group formation.” Only by beginning with this acknowledgment is it possible to start answering the thorny questions about the causes of sectarianization, its legitimacy, and the ways of dealing with it.

The final question that arises, after the acknowledgment of the reality of groups and their role in conflicts, is whether consociational democracy limits divisions and conflicts, or fuels them further. This is the most difficult question. The problem with consociational systems, as Majed notes in her article, is their contribution to political clientelism and feudalism; what Majed calls “divid[ing] the pie amongst ‘community leaders’.” Yet turning a blind eye to groups’ demands for political recognition has negative repercussions too, in that denying the aspirations of groups that have long been wronged, and the danger of persecuting minorities, undermine not just stability but justice too. The goal, then, is to balance between national integration and justice, and between the rights of individuals and the rights of groups. It’s possible to distinguish here, for example, between political institutions of a representative nature (e.g., parliament, the presidency, the prime ministership) and state institutions with civil objectives (public administrations, and public institutions, such as universities and schools). For roles in the former to be distributed on a sectarian basis does not necessarily contradict their objectives, though it does arguably contradict those of the latter. There are numerous forms, then, of consociational solutions, other than the Lebanese model, that are worth thinking about.

The pressing question in Syria is how to end the ongoing war, while the question in Lebanon is how to prevent another one. In both cases, however, the question is also how to build a better political system in the coming years, even if that system is not the one we would ideally prefer if reality were different, or if we were thinking of the distant rather than near future. It’s my view that acknowledging the role of sectarian groups is not a mistake, as Majed sees it, but rather that, on the contrary, it opens the door for a constructive discussion around the future of our societies.

Lobna al-Amin
Alex Rowell Alex is a Beirut-based writer, translator, and managing editor of Al-Jumhuriya English. His first book, 'Vintage Humour: The Islamic Wine Poetry of Abu Nuwas', is due to be published by C. Hurst & Co. in November 2017. He tweets @alexjrowell.