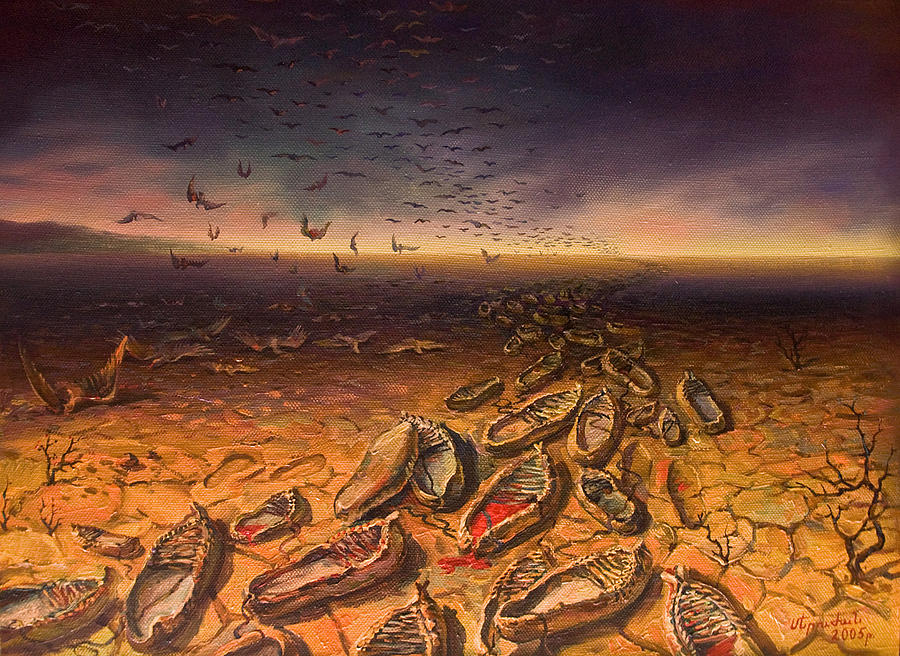 How do you say “genocide” in Arabic?

One of the first genocides in modern history took place, in part, in the Arab world, including in Syria. That mass murder is happening again in Syria today offers a chance to draw new attention to this long-neglected subject, and explore the ties that may exist between the two exterminations.

The recent translation by Yassin al-Haj Saleh of parts of Adam Jones’ Genocide: A Comprehensive Introduction reads like echoes coming from afar. In his introduction to the translation, al-Haj Saleh writes that he did not find a suitable equivalent of the word “genocide” in Arabic, arguing that the usual term ibada (“extermination”) is inadequate. He adds that while there is a library-full of material on genocide in English, there is nothing of importance in Arabic. The “historic roots” of genocide are very deep in the Middle East, yet to start reflecting about it we need to borrow texts from far away, written for a different audience, and with other concerns in mind. Jarablus, Azaz, Meskene, Raqqa, Deir al-Zor, Markade, Ras al-Ayn, are names of Syrian towns. They are also names of concentration camps and locations of mass graves dating from the First World War. Syria, the land where some of the darkest chapters of the first modern genocide took place; where in 1915 the first concentration camps of the twentieth century were located (German military officers serving in the Ottoman empire used the term konzentrationslager to describe those camps); where the first mass butchery took place in 1916; more than a century later needs to borrow texts from afar to study the contemporary predicament.

The term “genocide” was coined by Raphael Lemkin, the father of the UN “Genocide Convention” itself. Lemkin was first interested in mass extermination in 1921, when he was a university student in Lvov in today’s Ukraine, when he came to learn about the extermination of Armenians and Assyrians in the Ottoman Empire. Himself of Polonized-Jewish descent, Lemkin‘s own biography would entangle with his subject of study, as most of his family was to perish in Nazi concentration camps. While Lemkin was interested in studying genocide based on events taking place in what is today Turkey, Syria, Iraq, Jordan, and Lebanon, the history of the first genocide was denied, silenced, and eventually forgotten in the Middle East itself. How is this indifference possible, and what are the consequences of such an oblivion?

If we choose to study denial, and base our reflections on the Middle East, we see that there are different types of genocide denial. Not all genocidal regimes have a strategy of denial, at least not in the same way. For example, the Khmer Rouge systematically documented their victims, photographing them, before torturing them to death one by one. The nauseating photos of the victims can be seen today at the Tuol Sleng Genocide Museum in Phnom Penh, a former school that served as a prison to torture and assassinate the “enemies of the revolution.” This policy of documenting the victims and forcing them to make false confessions before killing them followed the Stalinist tradition exemplified in the Moscow Trials, where the notorious Soviet secret police documented their victims in detail, torturing them to confess their anti-revolutionary activities before executing them. This contrasts with the Ottoman Committee of Union and Progress (CUP) that made denial of the crime an organic part of the mass murder itself: even the orders of deportations and massacres were sent in secret, codified telegrams. There was no mass extermination, but simple “relocation” of population from areas witnessing military activities to the interior of the country, the official Ottoman propaganda said.

Of all the regions in the world that have a direct relationship with the Ottoman exterminations, the Arab region is the only one that still remains profoundly indifferent towards the subject. While the Turkish state denies the Armenian Genocide, Turkish intellectuals went through an important evolution in the last decade. When Taner Akçam (the first and leading Turkish scholar to have studied the genocide) first discovered the history of the Armenians, he was in Hamburg in 1990, and for many years he was alone in his efforts. That is no longer the case today, as Turkish intellectuals have come to the conclusion that the 1915 Genocide is not only the “problem” of the Armenians, but is also part of their own history; a dark decade that continues to influence their own political culture and haunt their lives. Even Western universities have taken interest in the 1915 Genocide, at least within the limits of Ottoman studies, and in Genocide and Holocaust Studies—although it remains absent in general history studies. Nonetheless, in the Arab world, the subject has received only marginal attention, if any. This observation in itself, that I share with al-Haj Saleh, needs further study and explanation.

The Arab nationalist narrative was largely ideological, yet it had little to do with history. Arab nationalists imagined themselves the continuation of a mythical lost Arab civilization, and imagined they had nothing to do with the Ottoman Empire. The Ottoman past, rich with many successes and failures, became irrelevant, replaced by a mythical narrative of a largely imaginary past. In such a narrative, Turks or Armenians, including the 1915 Genocide, remained outside the scope of “Arab history.” In the post-nationalist age, where Arab public opinion metamorphosed into sectarian consciousness, again the history of the 1915 Genocide was either used as anti-Turkish propaganda, or considered a foreign conspiracy to undermine the image of an idealized Turkey.

Denial of the 1915 Genocide has only hindered our capacity to study history, and to try to learn from its complex experiences. We can of course deny history, but it only helps to broaden our ignorance. It is only now that university research has established strong continuities between the Ottoman exterminations and the Nazi ideology, thanks to the pioneering work of Stefan Ihrig. To return to Adam Jones, in the 2006 first edition of his book, on which al-Haj Saleh based his translation, there is a chapter entitled “The Armenian Genocide.”  In his second edition of 2011, the title is modified to “The Ottoman Destruction of Christian Minorities.” Now, we know that the major victims of the Ottoman age of mass violence were the Armenians, but they were not the only ones: Assyrians as well as Anatolian Greeks were also massacred and deported at the same time. This change needs to be addressed in more than an article, but what I want to show here is that a century after the events we still do not know how to grasp the mass violence of the last Ottoman decade: was it a conflict between nations, or was it a religious-sectarian one? Or, if it was something else, then what?

Under the pressure of Baathist ideology, we do not have any studies on Arab involvement in the 1915 Genocide of Armenians and Assyrians. The consensus in the Middle East is that the 1915 Genocide concerns the Turks and Armenians only. Yet, sporadic evidence hinting towards Arab involvement in different ways is not lacking: we know that some Arab tribes in what is now southern Turkey and northern Syria, just like Kurdish tribes, did take part in the killings. More common, and well-corroborated by numerous eyewitness accounts, was the kidnapping of boys, girls, and women from among the deportees by Arab tribesmen. Some of them were later sold back to their families, or to Armenian organizations that were trying to save kidnapped Armenians from Arab tribes. Many of them remained with their captives and continued their lives as Arabs. Benevolent Arabs did save many lives—just like benevolent Turks and Kurds did—yet reducing Arab interaction just to that is ideology, not history. And this ideology has hindered us from carrying out research, and learning from this painful history for the sake of the future.

We also know that many of the Ottoman Army officers later played central roles in the future states of Turkey, Iraq, and Syria. We do not, however, have any studies on the experience of mass deportations and massacres on the forming of the new states in Syria and Iraq (interesting studies on this subject in Turkey have emerged in the last few years), although many later events would suggest continuities between them. What did those soldiers and officers who witnessed the genocide, even took part in it, learn from the experience? How did the military institutions that became the backbones of the post-Ottoman states keep this memory and act upon it? What are the ideological links between Baathism and Kemalism? Between the two and the regime of Abdul Hamid II? We simply have not researched these questions; they are outside “history.”

Is there a relationship between the events in Deir al-Zor in 1916, and the violence we are witnessing today? Many might think such a suggestion is an exaggeration. My response would be that we do not know, as the possibility has never been explored. And perhaps it is worthwhile insisting on the question. For a century we thought that genocide happens to others. As a result, we failed to learn from its lessons, from the history of the “others,” if not from our own history: that genocide is a partial suicide; that a stable political system cannot be built on repression alone; that genocidal regimes finally fail. Hitler lost the war; Stalinism collapsed once the fear element was removed; Hutu genocidal bands finally collapsed and lost the struggle. How painful it is to see that after all this time we still have not learned from history’s bitter lessons.

Vicken Cheterian is a historian and journalist, and the author of Open Wounds: Armenians, Turks, and a Century of Genocide (Hurst, 2015), among other books. He tweets @YesVicken.