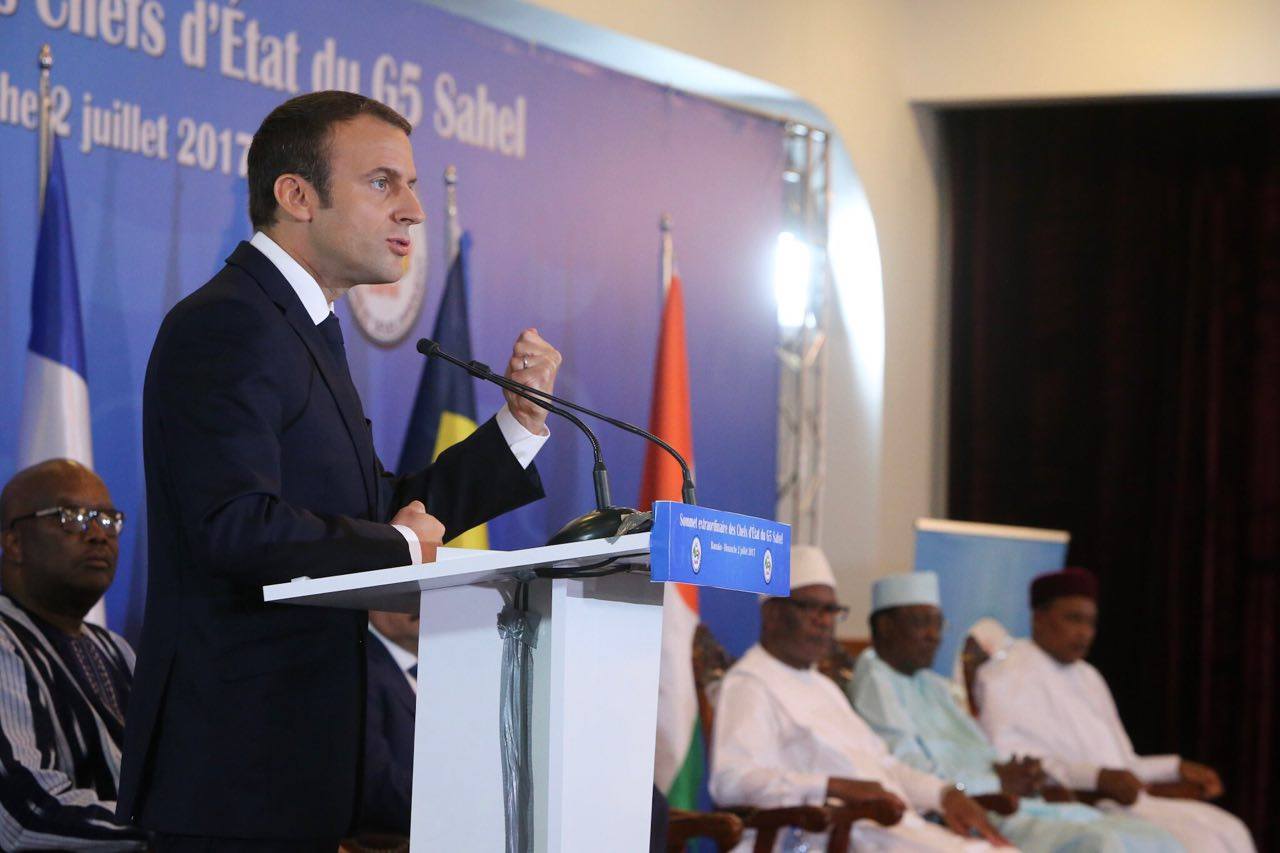 The French president has talked a tough game on Syria lately, especially as regards the regime’s chemical weapons crimes. But these words, much like those of his American counterpart, are ultimately so much hot air, argues James Snell.

In the ways statesmen and the nations they lead interact with the rest of the world, gestures can almost match actions in importance. This is why, when some politicians make gestures, they are greeted with the affirmation normally reserved for action.

For onlookers, this is easy to do. It is tempting to assume, when the correct gestures are made, that action will follow. In that way, hope can become expectation. But gestures and action, hope and expectation, are not the same. This is something all observers eventually find out, and that process of realization is often disappointing and sometimes brutal.

In Syria, brutality is more overt. And it matters how the leaders of other nations react to that brutality. Those reactions, at the beginning of the civil war, contained fulsome gestures, easily offered. Western leaders promised that they would not tolerate the survival of the Assad regime; they even intimated that they might punish its worst transgressions.

The latter gesture was proven false after the chemical outrage of August 2013. Western leaders’ gestures of support for the opposition and for the Syrian people have, as the years passed, been downplayed, or deprecated, or actively denied.

Those that remain are entirely symbolic. And those new gestures which are offered, frequently in response to acute crises or undeniable crimes, ought, it is sad to say, to be disbelieved—no matter how much hope they may offer.

Emmanuel Macron, the French president, has made notable gestures in his short time in office, a large number of which relate to foreign policy. It is his intention to insert France into world affairs, to make his country more essential. Macron envisions France as a mediator between Saudi Arabia and Iran, as an environmental champion, and as a cautionary voice, persuading the United States to retain the Iranian nuclear deal.

Amid all this, there is little room for detail. Accordingly, Macron’s Syria policy is vague. But one gesture of his has been met with optimism; it has spurred hope. This is Macron’s assertion, made in April last year, repeated last month, and reiterated last week, that, if chemical weapons were used by the regime, France would intervene militarily to punish Assad.

This promise is part of Macron’s wider attempt to raise France’s international profile. It fits with the stated policies of his predecessors, who maintained a more aggressive French stance relating to Assad than the Americans and British; the French willingness to intervene in Libya in 2011 was also notable. Under its recent presidents, France has also undertaken expansive counter-terrorism campaigns in the Sahel region.

But though Macron’s own suggestion of French intervention in Syria fits with this pattern, it was in fact undertaken instinctively and as a reaction to the initiative of others. His 2017 promise of countermeasures followed American strikes on the al-Shayrat air base after the regime’s use of Sarin to attack Khan Shaykhun, in Idlib Province.

Macron’s promise was pure gesture. It was calibrated for a diplomatic sea change which appeared on the horizon after Donald Trump authorised those strikes, but which did not ultimately occur.

The restatement of that threat now has echoes of last year.

Last month, there were many alleged uses of chlorine by the regime; the French wish to deter that usage and sound ready to punish. But the American response to chlorine attacks has been tendentious, arbitrarily suggesting that since it is not Sarin, the use of chlorine is not deserving of similar punishment.

The French posture resembles, at least in part, that of the Americans. It too is an attempt to signal toughness.

The United States is willing to kill hundreds of pro-regime fighters in self-defensive action; it is happy to destroy a regime airbase; its leaders will confidently talk about Assad’s barbarism and threaten to stop him if he uses Sarin again. Yet America remains ultimately unwilling to act. Its leaders are pleased to employ capricious and narrow definitions of what constitutes a chemical war crime in the service of rationalizing the irrational.

Macron says similar things; he too talks well about the regime’s barbarity. He likely means it when he says that Assad must go, or face justice, or that France stands prepared to punish the regime. But for all this, Macron simply does nothing concrete to make these gestures real.

This is partly a consequence of domestic politics. Macron, like many democratic leaders, suffers from political inertia—and is pleased, like many politicians, to survive each day without error. There is no room for translating grand pronouncements into policy.

For the French president, foreign crises are relegated to the background of his political life. They are not dealt with systematically because they attract insufficient attention. There are other things which are more pressing—more urgent than dealing with a regime which has been allowed to kill and maim and torture without restraint for seven years and counting.

This is why promises such as the above are issued. They are not entirely glib, but the gesture is made without foresight and absent a serious plan of action.

The French, for all their rhetoric, are stymied. Their subordination to the United States and its arbitrary foreign policy presents a double bind.

First, French leaders must acknowledge the American unwillingness to act, and pay apparent respect to the false and unreal definition of chemical war crimes which American leaders reach for in justification. Second, France must find ways to cover up this statement of its weakened position. Macron does this by resting too heavily on the need to prove that the regime committed each chemical outrage.

As the French must know, conclusive proof that chemical war crimes have been committed and that the regime bears responsibility will likely be forthcoming. But this proof will come too late to prompt any timely punitive response.

In a few months’ time, the French will have their proof, but no present reason to act. Macron’s policy of posturing takes the place of a policy of punishment, and means France need not act while benefiting from the sham promise that it might.