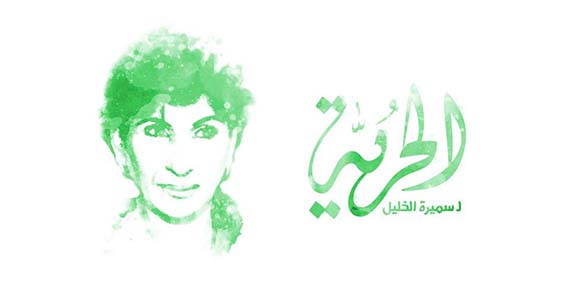 In his ninth letter to his missing wife Samira al-Khalil, abducted in Douma in 2013, Yassin al-Haj Saleh writes that “a crack in the wall of your dark prison” may now have opened.

[Editor’s note: This article was originally published in Arabic on 3 April, 2018]

Are you aware of what’s happening around you, Sammour? No doubt you can hear the sound of bombardment, and perhaps you can guess from the noise, and the behavior of your captors, that something is different this time. Very different, Sammour. It appears the Jaysh al-Islam emirate is gasping its last breaths, courtesy of the Russian occupation forces that conduct both the war and the ‘peace’ negotiations together, and leave to the regime rabble under their command the looting and victory declarations and humiliation of residents. The question today is not whether the emirate will end, but how, and what its fate will be. Displacement to the northern Aleppo and Idlib environs for the Jaysh al-Islam cadre and their families, like what happened to the fighters of Harasta days ago? Or to Daraa? Or might they work as a local police force, as some indications suggest, which, if true, would be nothing more than a short-term exit? [Editor’s note: A Russian-sponsored deal was subsequently reached on 8 April, under the terms of which Jaysh al-Islam fighters would leave Douma for the north, following a large chemical weapons attack on the besieged city the day before that left dozens of civilians dead.]

In any case, it seems the group will hand over their heavy and medium-grade weapons, which they paraded around three years ago, and only ever used to impose their authority in Douma. How I remember that parade, Sammour, as though they were displaying for my own eyes how powerful your prison guards were. Their weapons remind one of the regime’s chemical weapons, which have only ever been used against Syrians, until a portion of them were taken away (and the international community pretended not to notice the portion that was retained, and used, again on Syrians, naturally).

I cannot but welcome the end of the situation that took you away, and the routing of the emirate ruled by the loathsome guards of your absence. I would, however, have preferred another end, one that didn’t drive the residents of Douma and Eastern Ghouta out of their homes and land.

I would have preferred an awakening of conscience from someone in Jaysh al-Islam, leading them to liberate you and apologize to you and the revolutionary public.

I would have preferred an internal dissolution of Jaysh al-Islam, resulting in your liberation along with Razan, Wael, and Nazem.

I would have preferred that Jaysh al-Islam be defeated at the hands of local fighters who would release you, and would defend the general cause betrayed by that extremist religious militia.

And I would have preferred, as I still do, that the leadership of this criminal organization face their just punishment; both their military and religious officials. But the time for such hopes has now passed.

People previously imprisoned by the regime, who turned into jailors while the area they controlled was besieged by the regime; i.e. imprisoned; remain jailors of you and your companions, even as their prison narrows to the point it can scarcely be bigger than your own, Sammour.

It seems the last thing the powerful give up is their power over the fates of others. The Nazis continued to take their victims to the concentration camps even as their armies were retreating and their authority collapsing. ISIS didn’t release their abductees—among them Firas and Ismail, Sammour—even after they were expelled from Raqqa. (Have I told you what happened; how eighty percent of the city is annihilated, including our house?) And the Assadist state would retain its prison cells and detainees up to the last moment, if that moment ever approached.

Perhaps the powerful imagine that as long as they control the fate of other humans, their own fate will not be a human one. This reminds us that power is power over humans, and that the powerful require people under their authority; bodies available for kidnapping, and torture, and disappearance. Without these, the emperors have no clothes.

What most instills despair in our Syrian story, Sammour, is the impunity enjoyed by the killers. Even ISIS’ killers were permitted to leave Raqqa after the city was annihilated almost in its entirety. If there has been one constant in all the fluctuations over the past seven years, it’s that the door has always been open for the largest killers to escape the fate of their victims. How much I have longed to see them, and for you to see them, as they truly are: emperors without clothes; mediocre; contemptible.

Our situation is complicated, Sammour.

I confess I still get annoyed at the constant description of our Syrian cause as “complicated.” Because the complication here doesn’t just mean that it requires complex analyses of the reality, which we try to undertake, but rather it also justifies turning away from them, and preferring simplifications. The problem is that simplification means preferring the familiar; that which doesn’t trouble the brain. And the familiar includes the violence of the state and its partners from below (the shabbiha) or from above (the Russians, the Iranians, and their subordinates), which violence becomes unseen no matter how atrocious, which in turn makes extermination possible. That is what I work on these days. As a provisional summary, I can say that the “cause” of extermination is the state. As a “sovereign” force with a “monopoly on violence,” with no one allowed to “intervene” in its internal affairs, it’s possible for the state to behave like a deity over its subjects; condemning whomever it wishes and killing whomever it wishes. This must change if we do not want extermination to be our future, and the future of the world.

But when I find myself facing difficulty in explaining my/our situation, and when it seems complicated even to sympathizers around me in Germany today, and in Turkey previously, I’m forced to understand the general public’s lack of interest in our cause. I understand it, grudgingly, without accepting it. “Complicated” situations such as ours are supposed to induce a leap in knowledge and evaluation. And the troubling of the brain is supposed to induce thinking people to change their familiar, comforting assumptions. I try, Sammour, to respond to this challenge as much as possible. I feel we are in a crisis, in the world as a whole; a crisis of thought, and politics, and organization, and conscience. That our cause is “complicated” is perhaps the most appropriate place from which to look at this crisis, because our cause is a global one—in its situation, its entanglement, and its effects; historically and culturally—because the world has come to us, and we, today, have gone to the world.

I try, Sammour. You are my prop in this today, even in your absence, just as you were during your presence. You give me the strength and direction.

There is, today, a crack in the wall of your dark prison, a crack through which light and hope enter, though it is an opening for dangers as well. We know not what might be done by a jailed jailor, whose jail shrinks and narrows, whose mind was never large to begin with, and whose conscience is choked. I think the minds of such people as your captors are pained by the smallest thought, so they escape into their muscles and confront the weak. This is why they are frightening. And we know not what might be done by the biggest jailor, the Assadist jailor of all jailors, who has taught us over a quarter of a century that he is always worse than our worst expectations of him. But we know today that he is no longer autonomous over himself; no longer ruling by his own decree.

“I have a dream,” Sammour. A dream that I will hear your voice soon, and will see you, and we will get back to our life that was interrupted some four years and four months ago. My dream is that you come out into the light, that you breathe fresh air and shed the burdens of the dark years of absence, and we walk together and talk, and live “life as life.”

I don’t wish to think about the many and great difficulties in a move for you from prison and disappearance to exile. Don’t worry yourself about it, please! You will be near me, with many and various friends near us, all of whom were pained by your absence. And from them, and from us, a supportive community will be formed; one worthy of living within, Sammour.

Someone who went through that we went through, Sammour, in a cruel first round in the years of our youth, and a crueler second round in middle age, will hardly find it impossible to handle the experience of exile today. There is only one new thing, Sammour: exile is the world! But for those who already knew the homeland was exile, can anything else be difficult?