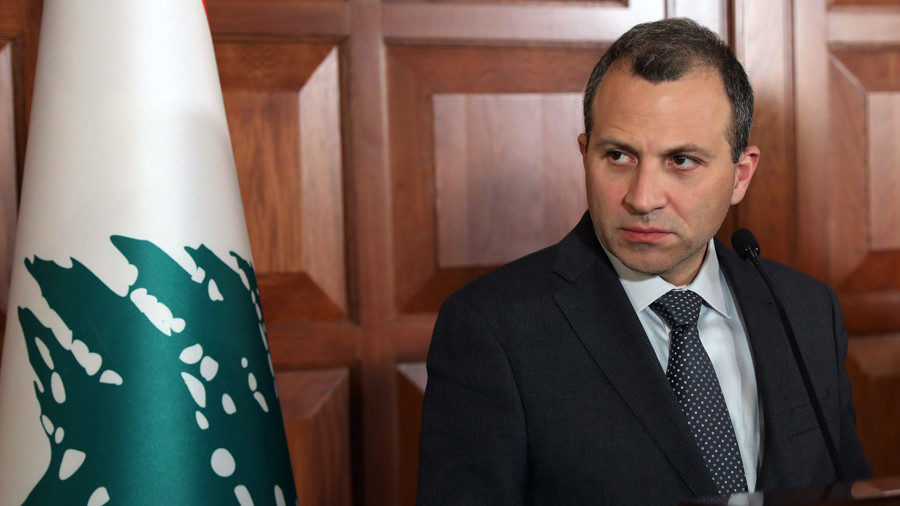 For years, the Syrian regime’s allies in Lebanon have spread crackpot conspiracy theories about plots to prevent the country’s more than 1 million refugees returning. Now they belatedly realize Assad’s own actions may turn their scarecrow into reality.

Since the start of the Syrian revolution in 2011, the Bashar al-Assad regime has framed all of its actions, including the countless heinous massacres it has committed, as typical of a so-called legitimately-elected state fighting both Islamic terrorism as well as Western hegemony.

In the past, Assad, in an act of complete denial, launched an international media campaign to promote tourism in Syria at a time when whole cities were under siege, their populations bombed and starved to death by the regime and its Iranian allies. This business-as-usual approach is not, however, merely a mental disorder, but rather a tactic meticulously employed by the regime to advance its goals; the infamous Law No. 10 passed recently by the Syrian parliament being a case in point.

Signed into effect by Bashar al-Assad himself on April 2nd, this law ostensibly claims to be a first step towards the reconstruction of areas destroyed by the conflict, requiring landowners to present themselves with the required deeds to prove ownership. Failure to execute the aforementioned provisions would result in the confiscation of the property by the Syrian government, which will incorporate them into the master reconstruction plan.

Naturally, Law No. 10 will result in the expropriation of these properties, as many of their owners; now refugees both inside and outside Syria; originally fled because of their fear of governmental reprisal, making their return within the thirty-day deadline highly unlikely. This illegal appropriation of land doesn’t only confirm earlier allegations against Assad of sectarian demographic engineering, but also has direct irreparable repercussions on Syrian refugees’ right of return, particularly for the 1.2 million of them who have called Lebanon their temporary home.

Repeatedly, the Assad regime has used ethnic cleansing, including by means of chemical weapons attacks and demographic transfers, not only to subdue the opposition, but also to create a safe zone that stretches from Damascus through Homs all the way to the Alawite-dominated coast. It happens that the majority of the refugees in Lebanon hail from areas Assad wishes to keep deserted, or alternatively occupied by regime loyalists, and here is where Law No. 10 is pertinent.

On a moral level, there is nothing atypical in Assad’s pursuit of Law No. 10 and its ramifications. Politically, however, one peculiar feature of it is the burden it will place on Assad’s own allies in Lebanon, particularly President Michel Aoun and his son-in-law Gebran Bassil, Lebanon’s Foreign Minister and head of the Free Patriotic Movement (FPM). Both Aoun and Bassil have obsessively exploited the refugee crisis as a scare tactic to mobilize their Christian constituency by hyping a fictitious threat of refugee naturalization, something that would greatly disrupt Lebanon’s sensitive sectarian setup.

Ironically, Bassil has realized perhaps a bit too late that Law No. 10 has transformed his naturalization scarecrow into a reality. Contrary to what Assad claims, the law seals the fate of Lebanon’s Syrian refugees who now, like their Palestinian counterparts, have no land to return to; and will have to wait for a regional settlement, one that with the passage of time seems more and more far-fetched.

Bassil, having realized the severity of the situation, responded on Saturday by dispatching letters to both his Syrian counterpart, Walid al-Muallim, and the UN Secretary-General Antonio Guterres, protesting this law and demanding that the Syrian state and the international community protect the refugees’ property in order to facilitate their return. Bassil’s gentle tone in addressing the Syrian regime is particularly curious, as it diverges from his previously strident rhetoric and attacks against the West and some of the Gulf States, which Bassil and his allies accused of plotting to naturalize the Syrian and Palestinian refugees. In the past few years, Bassil and Aoun have insistently demanded an immediate return of refugees after subjectively deeming the hostilities in Syria were finally over. Bassil’s plot to literally deport these refugees has hit a snag with Law No. 10, as the majority of Syrian refugees in Lebanon will soon become landless and perhaps eventually stateless.

Complicating matters further is the fact the Lebanese state and its successive governments have failed to muster up a viable plan to address this grave humanitarian crisis. Assad and Iran’s allies in Lebanon, including Bassil, preferred to continue to play the Assad regime blame game and claim that these refugees were not the victims of state terrorism but rather of the opposition groups, a myth that has finally been shattered by Law No. 10.

Many of Assad’s Lebanese mouthpieces and lackeys have tried to downplay Law No. 10 as a natural progression of the war and the start of reconstruction, a phase they claim will bring fruitful business opportunities for the Lebanese economy. Coincidentally, in the past these same apologists have denied that any of Assad’s chemical attacks against his people took place, or that the demands of the thousands who took to the streets in 2011 for political reform were sincere.

Ultimately, Law No. 10 does not only further expose Assad for the true criminal he really is, but it also shines a bright light on his many Lebanese accomplices who will stop at nothing to become president, even if it comes at the expense of both the Lebanese and their 1.2 million Syrian guests.