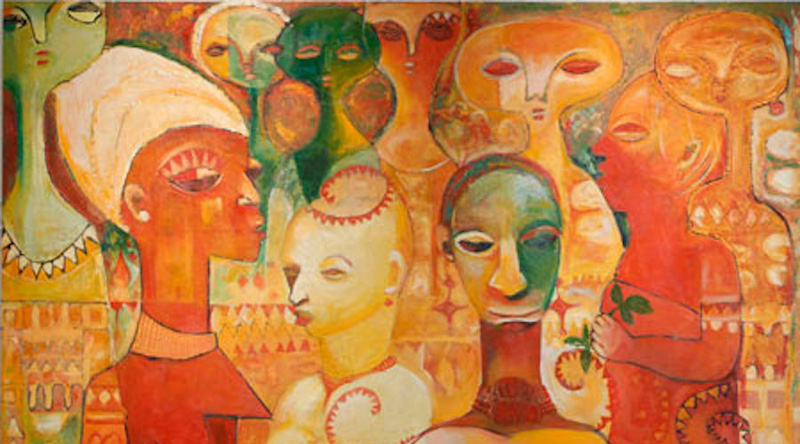 Introducing Al-Jumhuriya’s new “Gender, Sexuality, and Power” series, Karam Nachar outlines the intellectual and moral ethos of the initiative, and argues for the urgency of placing gender and sexuality at the center of the political conversation in the Middle East and beyond.

On October 20th of this year, a young Syrian woman named Rasha Bassis was murdered by her brother over her alleged relationship with a Turkish officer in the northern border region of Jarabulus. The brother, Bashar, emptied three ammunition magazines into the body of his sister, after amusing himself by humiliating and torturing her for a while. The entire time, he was documenting his actions on video with the help of a friend spurring him on. He then posted the video onto the Internet, with full pride and self-assurance.

About ten days prior to that, a fifteen-year-old Iraqi boy named Hammudi al-Mutayri was kidnapped on the way home from Baghdad’s al-Yarmouk Street. Security forces later found his body covered in signs of repeated stabbing. A video circulated on social media showing Hammudi in his final moments; his killer filming him while taunting him, asking him contemptuously, “Who’s your boyfriend?” before telling him that what he saw before him were his entrails. Hammudi, whose “gentle” character stoked suspicions about his sexual inclinations, asked in his last moments to see his mother. His murderer, however, kept filming him until he became a lifeless corpse.

Each of these crimes provoked a small and fleeting storm of condemnation, the ugliness of the subject matter no doubt encouraging us to forget it. But what if we insist on looking once again? What if we try to consider both crimes at the same time, and seek to understand each in terms of the other? What, in other words, if we juxtapose the bodies of Rasha and Hammudi side by side, and compare the wounds? The many intersections would suggest we were dealing with two versions of the same original text: the grotesque scene; the adolescence and clear weakness of the victims; the pride of the murderers and their certainty of the “goodness” or “justice” of what they were doing; and of course before all else the motives that cannot be understood in either case without going back to that word that still, half a century after its emergence, irks so many: “gender.”

For us to look at the crimes inflicted on Rasha and Hammudi together means going beyond their narrow geographic and thematic contexts, and looking at the reality of the production and practice of masculinity and femininity in general in the region, not as a subject related to a specific group of people, but as an essential field for the production of power and social order. And it means doing that with urgency commensurate with the horror this domain has so often been able to produce. Rasha was killed because she was deemed to have failed to “perform” her femininity in accordance with the expectations and rules binding femininity to chastity, just as Hammudi was killed for failing to “perform” his masculinity per the expectations and rules binding masculinity to toughness, or “manliness,” or heterosexuality. Their killers committed their crimes as means of establishing their masculinity, or championing its “responsibilities,” as per the same expectations and rules. All were “subject to” the prevailing gender equation in their societies, and all were its “victims” in one sense or another.

Yet if the female and the male whose masculinity was in doubt ended up dead as a result of this subjugation process, at the same time that “masculinized” males are transformed into killers, this is of course no coincidence. We know well from the accumulated heritage of feminist thought that when we start from the point of masculinity and femininity being social constructions, and not merely biological characteristics, this necessarily means that power cuts through this process of production structurally, and marks it with inequality. And we know, simply by looking at Rasha and Hammudi, that the governing or founding basis of this inequality is sexuality, in the sense that this inequality is at root an effort to re-produce the doer/done-to or active/passive sexual duality in the form of systems, rules, and thoughts that give “the masculine male” the right and entitlement to “action,” denying it in different ways and on different levels to all others. We also know that this prevailing gender equation produces—like any social construct based on inequality—a particular internal rationality through which it tries to conceal its injustice by reference to God, or “nature,” or the public good, thus informing the self-understanding of those losing from it no less than those winning, and shaping the values of goodness, justice, and virtue for society as a whole. And as much as this hegemony appears effective at producing immense and continuous discipline, compared to other systems and thoughts; it also retains the potential to generate horrific retributive violence against the insubordinate, and, as the cases of Rasha and Hammudi demonstrate, is also unique in its ability to transform the closest people into the most brutal ones, while summoning the hatred and violence of random strangers at the same time.

These key points—for which we are indebted, as I said, to feminist thought in both its second and third waves, and which we can perceive clearly and intensely in the spectacles of the murders of Rasha Bassis and Hammudi al-Mutayri—are the ground on which stand the articles of the “Gender, Sexuality, and Power” series, which Al-Jumhuriya will be publishing over the course of the coming three months in both Arabic and English, starting today. All of the articles spring from a conviction that looking at the question of the social production of masculinity and femininity—that is, at gender—is not an academic abstraction, nor a post-modern “fad,” but rather a necessity for the understanding of and resistance to tangible social, political, cultural, and legal dynamics marked in their essence by injustice; tangible no less than the bodies of Rasha Bassis and Hammudi al-Mutayri were, and no less unjust than their deaths were. Tied to this conviction is a second, equally-important one that theories of gender and sexuality are not merely a new contorted way of speaking about women’s rights, but rather a conscious attempt to centralize these rights in a context encompassing masculinity and femininity together, in all their shades of sexuality, and all those expressions that challenge the male/female duality, or try to cross from one to the other; by the same token, these theories are not discursive or intellectual “ghettoes” in which women and members of the LGBTQ community talk about their problems far removed from “public affairs,” but are in fact concerned with the essence of the formation of the public space overall, and a lens through which we can look at all sorts of topics and fields.

Geographically, the articles of the series move between Syria, Lebanon, Turkey, Egypt, Tunisia, Iran, and India, and range from texts of an analytical character to others written as personal testimonies from a feminist or queer position. The articles do not hesitate to confront the values of conservative society, without falling into the trap of the facile culturalism that averts its gaze from the complicity of modernity in the reproduction of these values. Nor do they spare the left from criticism, whether in its intellectual structure or its political opportunism, without abandoning the emancipatory framework that binds them to it, and to the universal values of the Enlightenment behind it. While the articles acknowledge the methodological contributions of post-structuralism in enabling feminist and queer theory to take significant strides forward, they also stop at the problematic influence of this philosophical current in re-habilitating nativist conservative thought, outside the “metropole” and within it, by emphasizing cultural particularities. Most important of all, however, despite their clear intellectual positions, the texts do not get lost in the labyrinth of all these discursive camps at the expense of their particular voice: the personal confessions of their writers; their rich empirical details; their engagement with particular local or national contexts; or their reading of a specific historical archive or literary text. The originality of the series centers around this distinctive voice, before the grand narratives, and after them.

The idea of the series began with a workshop about gender and sexuality in Syria and the region organized by the Al-Jumhuriya Collective in cooperation with the Syrian Female Journalists Network (SFJN) in November 2017. Now that work on the series approaches its end, we must thank SFJN for this fruitful cooperation, as well as all the workshop participants for the depth and courage of their contributions and writings. The end of the series doesn’t mean the end of Al-Jumhuriya’s engagement with issues of gender and sexuality, but is only one intensive phase to be followed by many others. Mention must also be made of the art work accompanying the series, which comes courtesy of the Syrian illustrator Dima Nachawi, who carried out the work specifically for the Al-Jumhuriya website.

Finally, if an editor is permitted to dedicate the result of their work, then this series is dedicated to the memories of Rasha Bassis and Hammudi al-Mutayri.

[Editor’s note: This introduction was also published in Arabic on 7 November, 2018]

Karam Nashar
Alex Rowell Alex is a Beirut-based writer, translator, and managing editor of Al-Jumhuriya English. His first book, 'Vintage Humour: The Islamic Wine Poetry of Abu Nuwas', is due to be published by C. Hurst & Co. in November 2017. He tweets @alexjrowell.