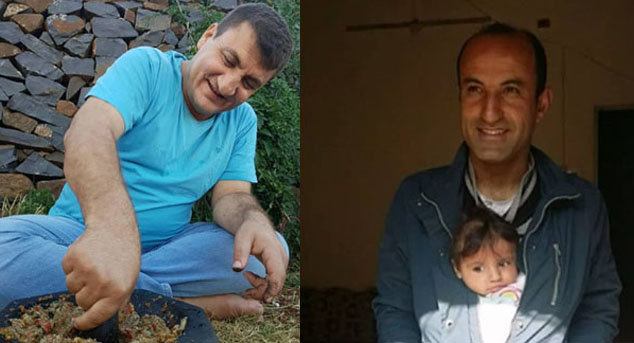 In Aleppo in early 2012, at a discussion between opposition activists, the banners used in demonstrations in a small town called Kafranbel were the topic of conversation. Most of those present spoke of the “originality” of these banners, and their extraordinarily acerbic sarcasm and ridicule. One person joked their authors must be traffic police, referring to the profession long associated with the people of the town. Others spoke about a number of failed medical students who had a role in writing the banners. The rest stayed silent, then went back to Eastern Aleppo, and pondered the placards with a smile—and then adopted them.

It was difficult at the time to determine the “architect” of these banners, but after a while the name of Raed Fares emerged as one of the most prominent activists of the Syrian revolution. He was the “architect” in question, along with some of his friends, who conveyed the jovial spirit of the town and its people in the form of banners, images, and songs, bearing messages whose audience and devotees went beyond Syria’s borders to the world at large, in the hope that their voice would be heard before they were killed.

Raed Fares was born in 1972. It’s true that he never finished his medical studies, traveling instead to Lebanon to work there, where it’s said by some who knew him that he witnessed the 2005 assassination of Prime Minister Rafiq al-Hariri in Beirut, a crime for which he always held the Assad regime responsible. After that, he returned to Kafranbel to work in real estate. At the start of the revolution, he was one of the first to get involved, quickly drawing the attention of the regime’s security apparatus, prompting him to leave Kafranbel with Hammud Junayd and several other activists to set up camp on the fringes of the town, where they formed the “Kafranbel Coordination Committee;” the local branch of the emerging nationwide network of opposition activists.

Through this committee, Kafranbel’s activists called for demonstrations, wrote banners and slogans, and participated themselves in the protests that drove the regime up the wall at the time. Their banners and slogans quickly became the talk of the revolutionary street, flooding social media, where they were held up as evidence of “the continuity of the revolution, and its principles, and peacefulness.” To imitate and copy them, in order to spread them across all different protest locations, became a “revolutionary duty.”

“A sense of honor”

Hammud Junayd possessed a “mild nature, and a merry, affable spirit,” that enabled him to act as the connecting link between his townspeople and the coordination committee, according to one person who knew him. Using only a cell phone camera, he began documenting regime forces’ violations in Kafranbel, which he would visit in disguise to carry out a task, deliver a message, or prepare for a demonstration.

With the liberation of the town from regime forces in mid-2012, Raed, Hammud, and other local activists founded what is today called the “Union of Revolutionary Offices.” Raed took it upon himself to run the media office, and began conveying the events of the revolution to the world, through videos he would record himself, or appearances on television stations, or attendances at international conferences, in addition to the banners he would write in English, which bore political messages addressed to the world as a whole.

Motivated by a “sense of honor” for which he was renowned, according to his friends, Hammud assisted the Fursan al-Haqq (“Knights of Righteousness”) brigade, from the moment of its establishment, in covering the battles and airstrikes, believing firmly in the importance of the media’s role, and the necessity of documentation with his camera, which recorded the demonstrations and revolutionary activities of the town, along with hundreds of raids targeting the wider region.

Rarely was Hammud not present at any incident. His camera was always the quickest. A dust-covered man would emerge from the rubble, bearing the wounds of his people, aiding them if they were destined to live, and bringing them back to life in memory with his lens if not. He was the most important witness to criminality and killing in the town whose people loved him, as he loved them. His friends, who long rebuked him for his rashness, say he would always reply with a grin, “I can’t help myself, I feel this is my role, and those are my children, and I have to help them.” He would accompany the injured to medical centers, to check up on them. “That may have been his highest task; saving what could be saved,” says one friend, adding he would often neglect to record scenes, his “humanitarian” calling coming before his media role.

One could almost never leave Kafranbel without a smile. Such was the character of its people, who would ridicule everything, even death. If Raed’s features alone helped you know his “geography” without declaring it explicitly, you needed only await a few words from Hammud to know you were in the presence of a Kafranbel revolutionary. That simple, “lovable” dialect, peppered with jocular phrases like “Or I’ll get divorced,”Roughly akin to “I swear to God,” as in, e.g., “If you don’t invite me to your party, I’ll get divorced!” and sometimes a few swear words that caused no offence, but instead turned quickly into smiles when he would greet with you a word like “pimp” by way of opening a conversation, or a discussion, or referring to an inevitably approaching death.

Hammud, a humble construction worker born in 1980, was one of the pioneers of graffiti on the walls at the start of the revolution, and one of the first activists, protestors, and media people, though his special distinction was being “the first to enter people’s hearts, and the one who held most sway over them,” according to one acquaintance. He laughed like a child, and mocked the death that had snatched away so many of his friends, to the extent that some joked he was “bad luck.” Most of those who worked with him in media coverage and documentation were killed, but the bony man persisted in emerging from the dust cursing and laughing.

Raed, Hammud, and a few friends founded Radio Fresh in mid-2013, the first radio station to adopt the spoken Arabic dialect (as opposed to the formal, classical language) in many of its programs. An amazing kind of coalescence began to be formed in the town. When you passed through its streets or one of its markets, the voice of the “presenter” would announce the prices of goods via loudspeaker. You didn’t follow the prices, but the dialect would put a smile on your face with each word, when it departed from the norm you were used to hearing from a hoarse voice in “suit and tie,” so that you found yourself “free” in a “robe” or “pair of jeans.” The broadcast would be interrupted for a few seconds as the presenter informed you that “a plane or helicopter is on its way to you,” and the people dispersed for a few minutes until the sound of the explosion came, followed by a brief silence until the broadcast returned.

Hammud was not an “employee” at the radio station, but rather “was Radio Fresh entirely,” according to his friend Mahmud al-Suwayd, a presenter of some of the station’s programs. He didn’t earn a salary, nor did he seek fame, but most of his time was devoted to his revolution and the people of his town, such that, “Before the radio correspondents arrived at the site of an airstrike or some other humanitarian emergency, they would be stunned to see Hammud smiling, having already completed his work.”

The regime’s fighter jets were unable to silence Radio Fresh’s voice, and so the task fell to their partners in the business of injustice and subjugation. The Islamic State (ISIS) issued a fatwa declaring radio “haram” (religiously forbidden), and its members confiscated Radio Fresh’s equipment in late 2013, detaining Raed and Hammud for two days before releasing them, for there was nothing in the men’s histories that could possibly be used as accusations against them.

ISIS did not, of course, need real accusations, but at the time the organization wasn’t in a condition permitting them to wage war against the town, so they resorted to trying unsuccessfully to assassinate Raed away from their prisons. After ISIS departed in 2014, the al-Qaeda-linked Jabhat al-Nusra increased its control over the town and its surrounding area, differing neither in thought nor in practice from its ISIS twin. Al-Nusra raided and confiscated the radio once more, and harassed its staff, and imprisoned Raed again, then released him, after which he faced several further assassination attempts.

In response, Raed and his comrades added noises of birds, animals, soccer fans, or explosions to their radio broadcasts, as satirical alternatives to “haram” music. To get around the prohibition on women’s voices, they altered them to make them sound like men’s. Each time, they were victorious with their mockery and ridicule over their executioners, keeping quick wit, the spoken dialect, and the joking spirit their companions wherever they went, turning the radio and the media office into a beehive of work followed by late night oud sessions, jokes firing back and forth with smiles that kept the revolution alive and ever-present. Those places were the shelters available to all who passed through Kafranbel, visiting or searching for work and life.

The machine gun and the minaret

This time, the bullets were faster than Hammud, and for once he didn’t document what happened at noon on Friday, 23 November, 2018. Accompanied by Raed and Ali Dandush, he left the radio’s office to prepare for the weekly demonstration that has once again become a ritual in the town (as elsewhere) in recent months. The sound of gunfire alerted those praying at a nearby mosque, while they were performing their second prostration. They completed their prayers, none of them for a moment imagining that the town had “fallen once again.” The noise of the assassination was louder than the minarets, for this time the killers followed Raed and his companions down a side street in the east of the town, dismounting on foot to assassinate the two, not realizing Ali Dandush would escape death in the back seat. Dozens of bullets pierced Raed’s car and the bodies of the two men, leaving the town to bid them farewell in poignant silence.

Two hunted men who refused to leave Kafranbel, cut down by the hand of perfidy, because it was incumbent on somebody to silence them. Their voices, and smiles, provoked their killers; their banners of freedom, and their courageous criticisms of everyone who harmed the Syrian revolution—their struggle using nothing but the word and the pen—all these gave rise to that deadly spite against the two men, the architects of posters and road signs who would correct the course of the revolution that was stolen from its children. Perhaps work organizing the roads will remain an association from which the people of Kafranbel won’t escape.

[Editor’s note: This article was originally published in Arabic on 25 November, 2018.]

Mustafa Abu Shams Syrian writer and research.
Alex Rowell Alex is a Beirut-based writer, translator, and managing editor of Al-Jumhuriya English. His first book, 'Vintage Humour: The Islamic Wine Poetry of Abu Nuwas', is due to be published by C. Hurst & Co. in November 2017. He tweets @alexjrowell.