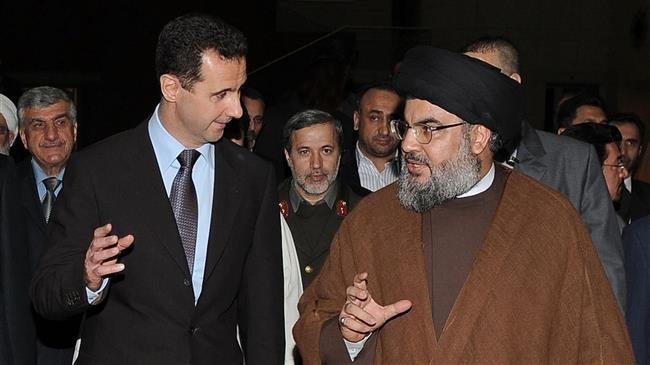 Even in wartime, bureaucracies continue to produce weights of paper. Baathist bureaucracies are no exception. Throughout Syria’s war, the extent to which the regime of Bashar al-Assad’s worst excesses have found their way onto official paper has surprised onlookers. Couched among the death certificates issued by state-run prisons lies the documentation, officially signed, legally witnessed, describing a campaign of mass murder. It is punctilious, and in plain sight.

Functionaries continue to function, in less officially murderous capacity. List-makers continue making lists. The state works both automatically and as a conscious reproach to its critics. Normality is and must be maintained—no matter how falsely that appearance is upheld.

Falsity passes over easily into farce. One of the bodies associated with the regime’s bid to project normalcy is its Combating Money Laundering and Terrorism Financing Commission. The commission is named with conscious dullness, and reports of its activities appear in state media such as SANA with mundane consistency. But occasionally something more contrived, and more comical, can be produced by the same organs. These products often tell observers rather a lot about the intentions of bureaucracies, and how they aim to meet their ambitions.

In late December, the commission put out a list of names; those mentioned stood formally accused of financing terrorism in Syria and beyond. One must note that the list was an adjunct, containing addition and emendation, purportedly the product of some thought.

That the list included a large number of personages affiliated with Syria’s political opposition was unsurprising. The regime’s rhetoric is consistent on this score; oppositionists are, to its mind and in its sight, jihadists and terrorists to a man. It would be stranger if the commission had not played along.

Other names on the list make less sense, but can be understood as an attempt at maintaining consistency in the nomenclature the state reserves for its enemies.

Turkish President Recep Tayyip Erdogan is included, as is his former Prime Minister Ahmet Davutoglu. Lebanon’s embattled Prime Minister Saad al-Hariri makes the list, along with the leader of Lebanon’s Druze community, Walid Jumblatt. The head of the Lebanese Forces party, Samir Geagea, is also included—despite his being Christian. Masrour Barzani, son of Masoud Barzani, the former president of Iraq’s Kurdish Regional Government, also makes the list. So too, according to the pro-regime Al-Akhbar newspaper, do many other “political, military, religious, social, and business figures, university professors, judges, and ordinary citizens” across the Arab world, and in Asia, Africa, and Europe.

An impressively varied assemblage indeed. How sectional Lebanese leaders are supposed to have financed presumably Islamist terrorism remains unexplained. Rumors and innuendo have circulated, accusing this or that list member of treating in some way with the Islamic State or other jihadist groups. But en masse, these allegations are amusing in their tenuousness.

Often, in the case of Turkey, such things can only be alleged in the most circuitous of language, in tellings which hold that the Turkish president, by dint of allowing his country’s Syrian border to remain porous as ISIS fighters moved in and out of Syria, gave some de facto succor to the terror group.

As ever, wilder allegations are predictably present online and in hostile media. But this is hardly surprising—and hardly ought to be fodder for an official state body determined in the serious business of designating the friends of terror.

The way in which the committee’s net is cast invalidates the integrity of its catch. Unless one defines supporting terrorism as doing anything to undermine the Syrian state, practically or rhetorically, the list cannot be said even to have the value of consistency, let alone credibility.

But, of course, that is exactly how the Assad regime does define it. Since the beginning of the official War on Terror in the early 2000s, every half-capable Middle Eastern tyrant has co-opted its rhetoric for their own ends. In the Syrian war and the products of the state’s bureaucracy, the appropriation of “War on Terror” terminology has reached its apogee.

Since the inception of mass media, dictatorships have derived extensive political advantage from attacking internal enemies with dehumanizing language. From Saddam’s Iraq to Gaddafi’s Libya to, indeed, Assad’s Syria, those who decline to acquiesce to authority’s excesses can be no more than vermin—“rats” and “cockroaches.” In the post-9/11 world, and especially since the advent of ISIS, the term “terrorist” has been added as a synonym to this lexicon.

This usurpation of War on Terror rhetoric is doubly ironic: not only because it employs language in ways divorced from original intention, but also because the George W. Bush administration’s definition of terrorism included the harboring of jihadist groups and the practice of state terror. Both of those have been employed by mukhabarat states past and present—even (or especially) those which seek to re-appropriate this language to fight their own enemies and wars.

It is by now a matter of plain historical record that the Islamic State traces some of its cadres to the remnants of Iraqi Baathism, and an insurgency in Iraq materially aided by Syria’s then-new president, Bashar—including the facilitation of travel through Syria in a manner which would seem reminiscent of the more dramatic accusations aimed at Turkey vis-à-vis ISIS. As recently as 2009, Assad’s intelligence agencies were known to be meeting outside Damascus with senior al-Qaeda operatives.

No matter, for the Assadists and their friends. Nor the fact that there is great irony in a regime which has so readily partnered with Hezbollah, and other Iranian-sponsored Islamist groups with documented histories of terror in post-invasion Iraq, declaring others to be the hands behind global terror.

The approach taken by Syria’s Money Laundering and Terrorism Financing Commission attracts deserved derision. But it is the product of a regime for whom the production of propaganda is as natural as paperwork. Scrutiny of the products of this effort is as necessary as amusement, in order that a regime which has survived a war it brought about no longer be able to define terror’s words as well as its wars.