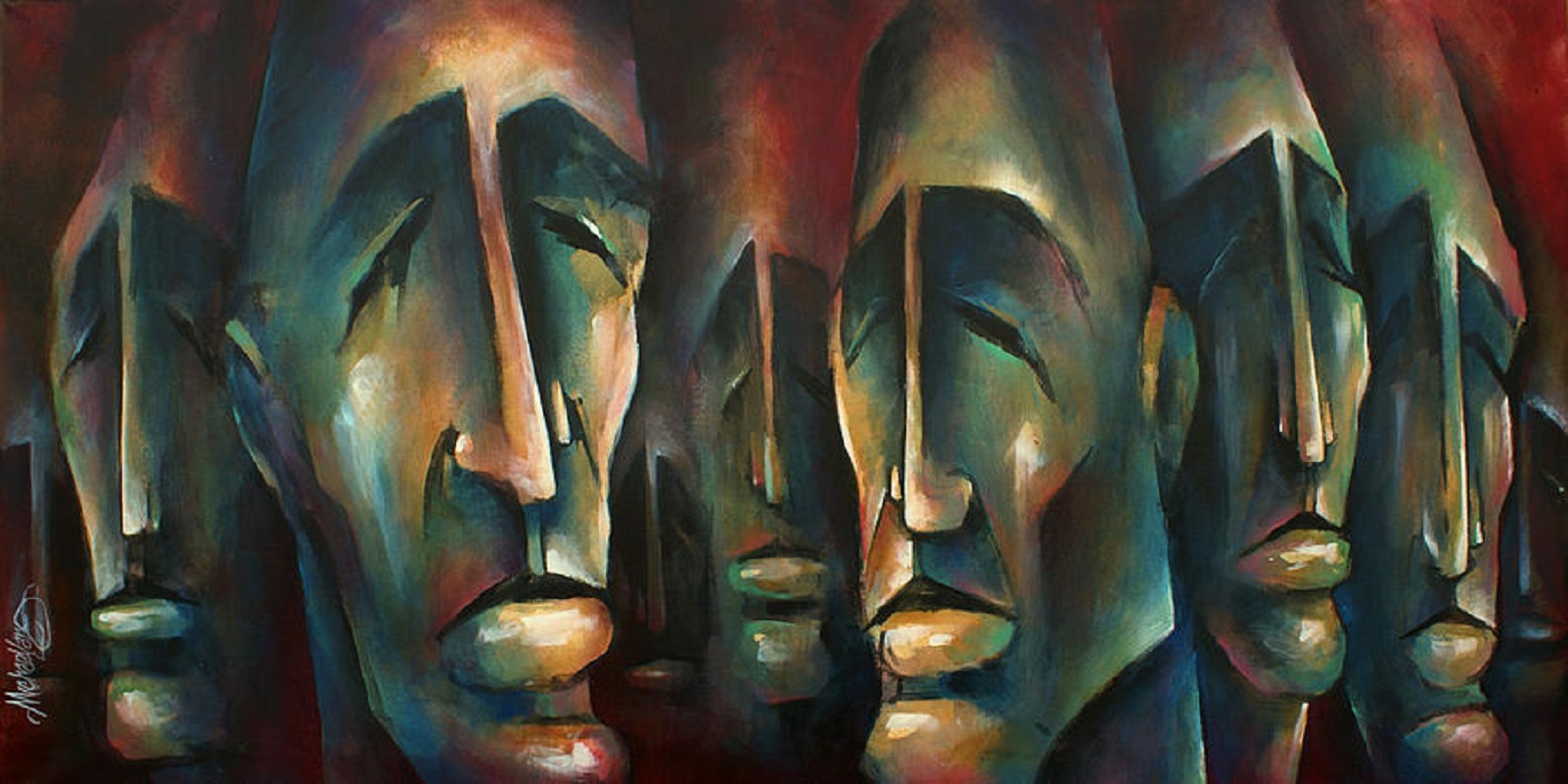 Sexual violence against males in Syria

While females remain the primary victims of sexual violence in Syria, the rape and sexual abuse of male detainees by the Assad regime and others is more widespread than commonly understood, representing not just a grave human rights violation but another powerful disincentive for refugees to return.

“Everyone knows about rape in detention. When someone returns from interrogation bleeding from behind, you know exactly what just happened. Sexual violence against men is rife in Syria.”

Khudr was raped and tortured multiple times while held in Syrian government detention. Unfortunately his experience isn’t rare—survivors, their lawyers, and witnesses of sexual violence claim that such violations are routine. Indeed, sexual violence is a weapon of war used not only against females but also males. Syrian government actors are thought to be the main perpetrators of sexual violence against males in the Syrian conflict, particularly in government-administered detention centers. Sexual violence has also been documented at checkpoints, during and after military campaigns to regain territory from jihadist or rebel groups, or as reprisals for perceived affiliation with or support for opposition factions.

“You get used to it”

Sexual violence is used as a form of torture to extract information and “confessions,” but more often to punish, humiliate, and deter. “Security commit these acts in front of others because they want you to know what’s happening. It’s a deterrence. When you are released, you tell others about what you saw, even if it’s just a close friend, that confidant tells another, and news travels,” one witness to sexual violence said.

Based on his experience representing detainees in Syrian military court, one Syrian lawyer believes most male prisoners in government detention to be either witnesses or victims of sexual torture themselves. Syrian males’ vulnerability to sexual violence is high, as they are more likely to be detained and associated with armed forces or groups than are women, and because torture, including sexual torture, is widespread in detention. “Because the majority of detainees in Syria are male, sexual violence against males is woefully underestimated.” He recalls one of his clients who was brutally raped while held by the Syrian Airforce Intelligence branch in Daraa. “One day he didn’t appear for his session. I found out later it was because he couldn’t walk because he had been raped so violently.”

Indeed, several interviewees claimed they were subjected to sexual violence more than once. “When you don’t expect to be raped and then you are, that’s the scariest. Once you come to expect it, either because you’ve been raped before or because you know others or have seen others get raped, you get used to it. It’s like the first time you are beaten, it’s brutal, but when you expect it, it’s as if it becomes just another slap.”

Interviewees described incidents of sexual assault and violence upon arrival at Syrian detention centers. “Abuse can start right away during strip searches. One guard fondled then beat my genitals with a stick,” one survivor said.

Perpetrators exploit prescribed gender roles to punish and humiliate men, using sexual violence in attempts to emasculate and strip them of their perceived role as guardian or protector. “I watched my friend get raped in prison. He was older, in his mid-40s. He never acknowledged it, even though he knew we saw it. After he was released, he cut off contact. In our culture a man who is raped is not a man—he is seen as weak and can no longer protect his family. The shame was too much for him to bear. We are younger, more civil-minded and have less responsibility… it’s easier for me to talk about my torture,” another survivor said.

The effects of sexual violence are felt physically, psychologically, socially, and economically. For example, physically, men may suffer from rectal trauma; psychologically, survivors grapple with shame, guilt, and after-effects of trauma; socially, males are often shunned and shamed, sometimes threatened with death; and economically, men may face impediments to employment due to poor mental health, community marginalization, or compromised physical health.

Although now physically safe abroad, one survivor’s memories continue to haunt him. “I’ve been in therapy ever since I got to Europe. I’ve tried to suppress this trauma inside me but when you try to suppress it, it comes out in other ways. I can’t focus at work and I still only sleep several hours a night. Once a month I have nightmares that Syrian security forces are still coming after me.”

Drivers of conflict-related sexual violence are similar whether the victim is male or female. Females disproportionally suffer as victims of sexual violence, both in peacetime and in war. But a narrow focus on female victims limits further discussion about how toxic interpretations of gender fuel the use of sexual violence as a weapon of war.

Omar and his female colleague were arrested by Syrian government forces for transferring medical supplies to formerly besieged areas south of Damascus. He was raped with a baton by an officer in detention. Later he was forced to rape his female colleague. “I had no choice, if I didn’t, I feared they might have killed us both.” Both continue to suffer from the effects of this trauma. After they were released, Omar called her frequently to check up on her. “My wife started to wonder why I was talking to her so much, even growing suspicious. But I could never tell my wife what happened.” Omar’s female colleague divorced after only two months of marriage. “The weight of sexual trauma prevented her from having normal sexual relations with her husband; she said she had to leave the marriage.”

Strengthening access to gender-inclusive services inside Syria and abroad

Male victims shouldn’t be invisible. Nothing is too taboo—survivors say they want their injustices acknowledged and require support to heal. Perpetrators of sexual violence against males should be investigated so that male survivors can qualify for redress.

Overlooking needs of men can perpetuate cycles of violence. Several aid workers working on the Syrian humanitarian response emphasized to the author the importance of ensuring available services for male survivors, including internally displaced males (IDPs) and male refugee returnees, to best serve all vulnerable people.

At present, structural barriers exclude some males from accessing free, timely, quality, safe, confidential, survivor-centered assistance and support. However, there is enough evidence that sexual violence against males exists, and this should be reflected in how programs are designed in practice. Multi-sectoral efforts involving protection, health, mental health, and psychosocial, among other sectors, are therefore necessary for an effective, gender-inclusive approach. One aid worker in northern Syria also stressed the importance of local trainings to build institutional memory and sustainable practices amongst local partners, as international organizations’ potential for a longer-term presence is unknown.

Although the number of male survivors who have approached humanitarian organizations in Syria may only represent a fraction of the survivors in Syria, response programming should be improved nonetheless. “Provision of services shouldn’t be dependent upon disclosure. Experience shows that when services exist, that’s when survivors come forward,” All Survivors Project Founder and Executive Director Charu Lata Hogg said. “Outreach efforts, in addition to increased support for mental and medical health provisions for survivors [are] needed.”

Developing a gender-inclusive, multi-sectoral response to address the needs of male survivors is undoubtedly complicated in war-torn Syria. The focus therefore should also be on continuing to address assistance gaps to Syrian refugees in surrounding countries. Several aid workers in Lebanon separately said that although referral networks for survivors are improving in countries neighboring Syria, such as in Lebanon, more work needs to be done in Lebanon and nearby countries including Turkey, Jordan, and Iraq to better serve male survivors. “Programs for female survivors of sexual violence [are] notoriously underfunded. Improved services for male survivors should not take away from their funding. The pot should be made bigger, not divided further,” said the director of Mosaic in Lebanon, Dr. Charbel Maydaa.

A barrier to safe returns

Conflict-related sexual violence is one of the many grave human rights violations characterizing the Syrian conflict and remains one of the drivers of displacement. Its continued occurrence is a deterrence for safe and voluntary refugee return, especially for civilian men of fighting age who are reportedly the primary civilian victims of torture, which includes sexual torture. Given the well-founded potential for arbitrary arrest and detention, coupled with survivors’ claims that sexual violence in detention is pervasive, all survivors and witnesses interviewed for this article said they have no current plans to return.

“I’ve been raped and tortured multiple times. I fear it will happen again if I return. How can someone expect me to return?” one survivor living in Lebanon asked.

Increasing international calls for refugee returns are worrisome. While areas of active conflict are shrinking, residents are still suffering from violations on the ground, rendering return for many unsafe. Currently there are no international monitors on the ground to protect and provide information about the fate of returnees to Syria. Despite promises of legal protection through amnesties, status settlements, or security clearance processes for both refugee and IDP returnees, several organizations have documented the violation of these terms of agreement. As Al-Jumhuriya reported last month, dozens of ostensibly “reconciled” rebels and civilians have been arrested or even assassinated in Daraa Province since the Syrian government and its allies recaptured the territory last summer. For refugees already wary of returning, such incidents can only dissuade them further.

Tomorrow, donors will gather for the Brussels III conference to mobilize humanitarian aid in response to the ongoing crisis and in support of the UN-led Syria political peace process. “Unless there is real international access and transparency, it will be difficult for anyone to claim that Syrians can safely return to Syria,” says Human Rights Watch Syria Researcher Sara Kayyali. Instead, international plans should include efforts to help minimize human rights violations and support services for their survivors, including sexual violence survivors, and other vulnerable people, until conditions on the ground improve. Ill-fated plans for premature returns will only put more Syrians at risk.

Haley Bobseine is an independent researcher and analyst based in the Middle East. She tweets @haleybobseine.