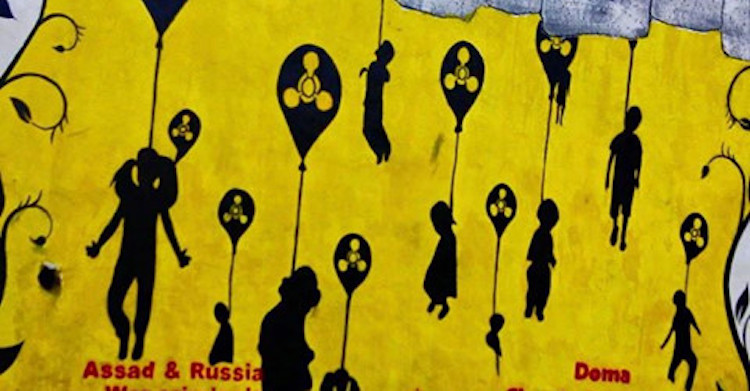 Last month, the Organisation for the Prohibition of Chemical Weapons (OPCW) published a report confirming the use of a “toxic chemical contain[ing] reactive chlorine” in the attack on Douma, northeast of Damascus, of 7 April, 2018, which killed 43 people. While the report did not indicate the party responsible for the attack, as its investigators did not then have the authority to do so (though the OPCW has since decided to assign blame in future investigations), it did nonetheless contradict claims by Russia and the Bashar al-Assad regime that the toxic material originated from an alleged chemical weapons warehouse in Douma, finding “no indication” that this was the case.

Notably, the investigators detected no nerve agents in the environmental samples analyzed. This was despite the victims’ symptoms documented on video and in doctors’ testimonies and civil society reports—such as dilated pupils, frothing at the mouth, and nasal discharge—which appeared consistent with exposure to nerve agents, and at odds with the symptoms of previous chlorine attacks, which typically included coughing, choking, and shortness of breath.

A medical source with direct knowledge of the victims’ cases told Al-Jumhuriya that the peculiar symptoms observed in the attack pushed experts to initially assume nerve gas had been used. In fact, it was the unusually high concentration of chlorine in the munitions, the source said, that produced the confusing symptoms and caused a significantly higher death toll than previous chlorine attacks. The OPCW report spoke of “reactive” chlorine being used, which it defined as “the combined concentration of various chlorine species able to react and interconvert in a given environment.”

Despite facing punitive US military strikes in April 2017 following its use of Sarin on the town of Khan Shaykhun in Idlib Province, the Assad regime continued to use chemical weapons in subsequent attacks on opposition-held cities and towns, in a manner that often proved decisive in settling the military outcome in its favor.

Prior to 2018, the regime would generally use chemical weapons either as retribution against areas it was unable to enter militarily—as in Khan Shaykhun in 2017—or as preparation for an attack on a certain location, as was the case with the large Sarin attack in Eastern Ghouta in August 2013. By contrast, during the 2018 battles in Eastern Ghouta, it deployed chemical weapons in parallel with conventional weapons, in order to break opposition defences that the latter were unable to penetrate. The chlorine attack in the Ghouta town of al-Shayfuniya in late February 2018, a few weeks before the larger Douma strike, was one such example.

The regime also used chemical weapons simply to terrify Douma residents who were refusing to leave. While the regime faced further American strikes (this time with British and French support) after the Douma chemical massacre, the latter nonetheless succeeded in its objective, sparking consecutive opposition surrenders in Douma, Eastern Qalamoun, Northern Homs Province, and even Daraa in the deep south, as a result of the local populations’ intense fears of facing a similar chemical slaughter (especially given the limited nature of the punitive strikes after Douma). Further chemical weapons use was explicitly threatened during negotiations between the regime, Russia, and the leaders of the opposition factions in these regions, according to sources within the factions to whom Al-Jumhuriya spoke.

That chemical weapons were used systematically in battles overseen and participated in by Russia indicates Moscow had a key role in managing their use. Yet an even more important Russian role was played in a parallel process; that of eliminating the evidence of chemical weapons use, and intimidating the witnesses thereof—even killing them in some cases—in an effort to erase any and all links tying the regime to the attacks.

Today, the effects of this Russian intimidation appear still to be felt powerfully, with most witnesses inside and even outside Syria feeling endangered and utterly unprotected against reprisals, as is made clear in details provided to Al-Jumhuriya by an informed medical source who requested anonymity for fear of precisely the same kind of reprisals.

This source described an operation carried out by the regime’s General Intelligence Directorate in partnership with Moscow through a Russian general. It began with the recruitment of two doctors from Douma more than a year in advance. The doctors were relocated to regime-controlled Damascus at the start of 2018, some two months before the military campaign in Eastern Ghouta began in earnest. The objective was for them to convey threats to medical staff in Douma and Eastern Ghouta; threats of assassination and/or threats against their relatives living in regime-controlled areas. The two doctors subsequently developed a fearsome reputation among Eastern Ghouta’s medical personnel.

Shortly after the February 2018 chlorine attack on al-Shayfuniya, these two doctors contacted medical staff in Douma, warning them against making any testimony regarding the use of chemical weapons or dispatching any blood samples or other evidence to the outside world.

The threats worked, and Douma’s medical personnel refrained from providing direct statements about the chemical attack. The same scenario was repeated after the 7 April attack, when the two doctors once again conveyed to local medical staff the imperative of concealing all evidence relating to the chemical attack. It was only the success of the citizen journalist Yasser al-Doumani in rushing to film the site of the attack and its civilian victims that encouraged medical personnel to talk, albeit anonymously, and without appearing on video to explain what was happening as they had after previous chemical attacks.

After the surrender and forced displacement of Douma’s residents was agreed, the regime again used the same two doctors to communicate with various local medical personnel. On the pretext of arranging the handover of Douma’s medical centers, which the regime claimed it wanted to maintain in order to continue serving the city’s residents, a number of doctors and nurses were lured to Damascus, where in reality they were sent straight to the al-Khatib branch of the General Intelligence Directorate. There they were filmed by regime television stations giving statements to the effect that no chemical weapons had been used in Douma. The charade was completed when Russia then flew some of the same medical staff out to the OPCW’s own headquarters in The Hague to deny the use of chemical weapons in Douma, in a spectacle more reminiscent of a hostage situation than a witness stand.

The above account of events has been corroborated by several further sources, all of whom stated to Al-Jumhuriya that Moscow lay behind this intelligence operation, which aimed above all at erasing evidence of the regime’s systematic use of chemical weapons.

Today, now that the OPCW has confirmed the use of chemical weapons in Douma, the denials and conspiracy theories peddled by Russia and the regime have been categorically refuted. And yet, the intimidation and threatening of victims and witnesses may still play a role in the event of any future attempt to prosecute those responsible for Syria’s numerous chemical massacres and war crimes, which would require the international community investing serious efforts into investigating the crimes and providing the necessary protection to witnesses. Only in this manner can Moscow’s endeavors to distort the facts be thwarted. So long as witnesses and their families are left at the mercy of the regime’s security apparatuses, no accountability for the perpetrators of Syria’s heinous atrocities will be possible.

[Editor’s note: This article was originally published in Arabic on 22 March, 2019]