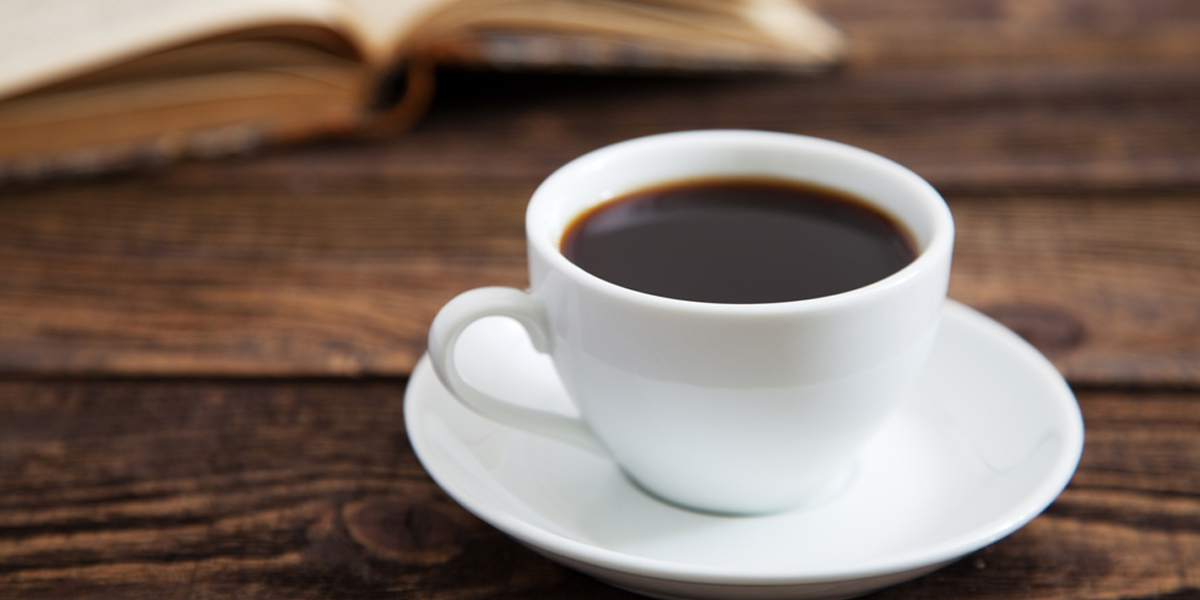 After a high blood pressure diagnosis, Al-Jumhuriya’s English editor did the unthinkable: he stopped drinking coffee. What followed was weeks of physical, mental, even spiritual torment.

Diabolical foul moods; punishing headaches; psychedelic cravings; extreme difficulty concentrating on work or mental exertions of any kind; a torpor to rival transpacific jetlag: are these the symptoms of a licked dipsomaniac drying out after a Lost Weekend-esque streak on the rye? Perhaps even a full-blown junkie ditching the smack cold turkey? In fact they are only some of the effects experienced by this writer earlier this month after giving up a certain psychoactive stimulant named trimethylxanthine—sometimes known as caffeine.

It was supposed to be a harmless, routine check-up on 4 March when the nurse carrying out a perfunctory blood pressure test remarked that the numbers were “a little high.” Assuming there must have been a glitch—in my 32 years I’ve never knowingly had high blood pressure, nor am I aware of any history of it in the family—I took off my fleece jacket for a more accurate second reading, which unobligingly returned similar figures. Thus began a disconcerting cycle of blood tests and follow-up visits, plus daily readings taken with a home monitor, the outcome of which confirmed I was indeed afflicted with hypertension, fluctuating between “stages” one and two out of four.

Combining my doctor’s advice with the guidance on the UK National Health Service website, I drew up a list of things I could feasibly do about this. I could exercise more, it was true. I could eat less, and better. I could, theoretically, cut down on alcohol. And I could, if I really had to, try giving up the coffees, teas, and Diet Pepsis that were clearly adding unnecessary voltage to my overloaded circuitry.

So I did. I knew the coffee part wouldn’t be easy. Muslim friends who fast during Ramadan often say they miss the coffee more than food, more even than water. Still, I was ill-prepared for just how unpleasant it turned out to be. I’ve described the “day one” situation above. Day two was much the same, if very slightly milder. On day three, I tried harnessing the power of exercise, with its famed mood-elevating “endorphins,” to no avail: I swam a kilometer with a pounding headache and hated every second of it. By day five, the worst was behind me, but even two or three weeks later, the jetlag-like lethargy would suddenly strike every now and then, often after lunch, and I would be consumed by lurid fantasies of espressos, filtered brews, lattes, V60s, Turkish fincanlar, affogatos…

Possibly worse than the physical torment, however, was its mental counterpart. The first version of this was the most frivolous: the juvenile, self-pitying “why me?” strop. As a happily-married family man, I lived a fairly strait-laced existence, I had thought. I don’t smoke, don’t “vape,” don’t get high, don’t gamble. With a one-year-old daughter for an alarm clock, I’m lucky if I can find one night in seven to open a bottle of wine or sneak a snifter of Scotch. And now the one slightly guilty pleasure, the one mildest of redeeming vices I could look forward to each day—the morning French press—was to be taken away. Must absolutely everything nice do us harm?

More serious was the thought that came next; the fear as a writer that I might lose the words; the mysterious power of conjuring sentences out the void. Smokers often report this when kicking their own habit—it’s been said that writers from Tolstoy to Marx to Pavese were never the same after giving up the gaspers. Mahmoud Darwish—a hypertensive himself, who would have multiple heart operations before departing us at 67—was bewildered that anyone could write without coffee and tobacco. “How does a hand that doesn’t make coffee write? Cardiologists always tell me, while smoking: ‘Don’t smoke and don’t drink coffee.’ As I always tell them: ‘A donkey doesn’t smoke or drink coffee, and it doesn’t write either’.”

Darwish wrote those lines in his memoir of the 1982 Siege of Beirut, which was largely about coffee. The big problem for him, trapped in his eighth-floor apartment on Beirut’s Yamout St, was his sea-facing kitchen, the glass windows of which could turn at any moment into a thousand high-speed daggers should the Israeli warships chance to send their fire his way. Unable to reach his kitchen, he was unable to make his morning coffee; “the key that unlocks the day” for “addicts such as myself.” Page after page, at length far too extensive to quote in full here, he documents his mounting fury and agony at this intolerable deprivation. “I want the smell of coffee. I don’t want anything but the smell of coffee. I don’t want anything from all the coming days except the smell of coffee.” Later: “I want the smell of coffee. I want five minutes… I want a ceasefire for five minutes for the sake of coffee. I no longer have any personal demands except to make my cup of coffee.” When he does finally (ten pages later) summon the will to risk obliteration for his rakweh, it’s a passage as exhilarating as anything in literature—one I confess to re-reading more than once while sniffing the tin of coffee beans I never got round to finishing.

Of course, there have been positives to my unstimulated mornings and afternoons. Gone are the jitters, anxiety, and heart palpitations of which I’d long grown accustomed. Instead, a profound calm reigns over my chest and nerves, as though an electric dial had been turned down (and this in the time of Coronavirus). When walking uphill or playing with my daughter, I feel the fittest I’ve been in many months. A cold look at the numbers confirms progress has been made: from a high of 155/95, I’ve since had blood pressure readings down in the 120s and 80s, and the average drops further each day. In theory, I’m already less likely to suffer a heart attack, stroke, or aneurysm.

Still, there are times when this feels like scant comfort. It’s hard to overstate how much I was a coffee fan, not to say unabashed coffee snob, quite unafraid of being boring and imposing about it all. My French press cafetière accompanied the family on holidays. While in Canada over Christmas, I drove more than an hour through snow to buy beans from the best third-wave micro-roaster in town (according to my app). To watch the smoking, whisky-colored elixir tumble into the porcelain was the event of the morning, sometimes the whole day.

In fact, I could go further, if you really have the patience for it. The very word “coffee” is inextricably bound up with another great love of mine; Arabic literature. How could it not be, when the word derives from the Arabic qahwa, via Turkish kahve and Italian caffè? What’s especially curious about the word is it originally meant “wine,” many centuries before coffee as a beverage existed—the wine poetry of Abu Nuwas (d. c. 814), for instance, is replete with tales of revellers getting utterly tap-shackled on Iraq’s finest qahwa. This seems to suggest that the first known coffee drinkers, the Sufis of 15th-century Yemen, either literally mistook it for wine, or felt the two had enough in common to be reckoned close kin. When we think about it, is there not indeed a symbiotic relationship between the two? I don’t just mean the way coffee is never more necessary than on the morning after wine. Nor is this the moment to dwell on how coffee culture has aped the wine industry, with its “tasting notes;” talk of “body,” “clarity,” and “acidity;” its fascination with “terroir” and single origins, which some are even calling appellations. I mean the way coffee does for the morning what wine does for the evening: clarifies, vivifies, amplifies, invigorates, makes thought and conversation more vital and exquisite. Truly, to lose this is to lose something of life itself.

So I certainly don’t intend to sound zealous about my newfound abstinence, much less puffed up with any “high on life” piffle. I have no aim of converting anybody. I may even return to coffee myself one day, if I can bring my blood pressure down permanently to the magic 120/80 zone. Even if I can’t, the day may come when I can bear it no longer, and I say, with Darwish:

Until then, if you’ll excuse me, I have some herbal tea to be making.

Alex Rowell is the managing editor of Al-Jumhuriya English, and the author of Vintage Humour: The Islamic Wine Poetry of Abu Nuwas (Hurst, 2017). He tweets @alexjrowell.