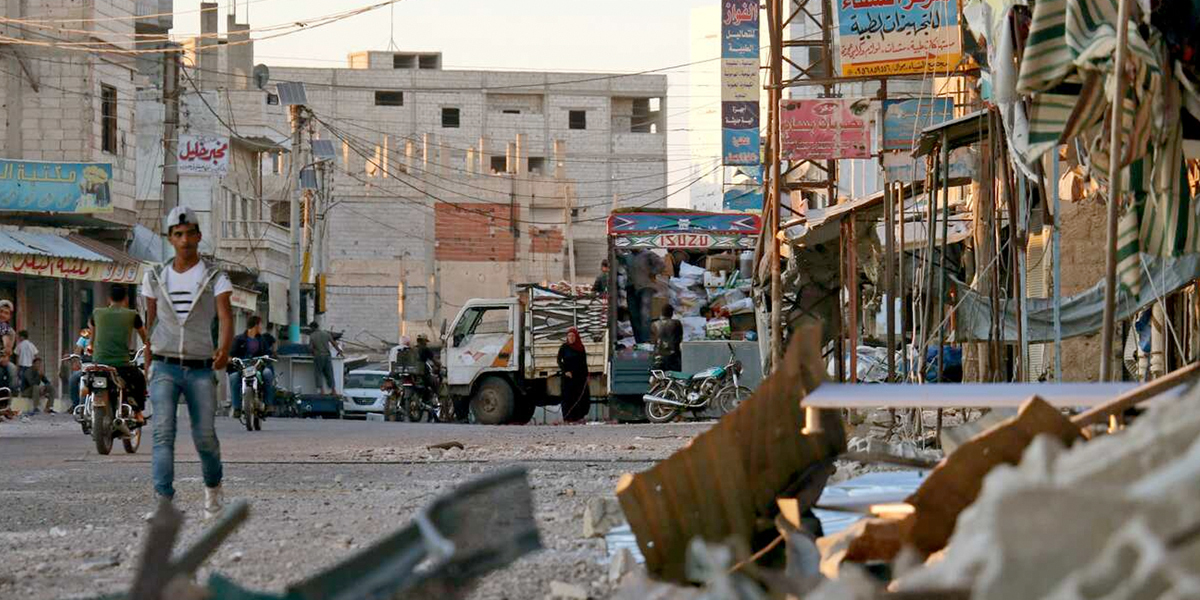 Rather than developing south Syria economically, having recaptured it militarily, the Assad regime has reverted to the same old neglect and misgovernance that pushed the region to revolt in the first place.

Recent coverage of southern Syria’s Daraa province has focused heavily on small-scale protests and tit-for-tat violence between the Bashar al-Assad regime and former rebels, now a common occurrence in the area since the latter “reconciled” with the regime in 2018.

At root, these clashes are driven less by new phenomena than by a return to inept methods of governance with origins stretching back decades prior to the outbreak of war. In 2011, the regime’s neglect and plunder of the southern region provided the fodder for Syria’s nascent protest movement. Today, they guarantee further misery amidst simultaneous economic and public health crises.

The regime’s relationship with Daraa was not always this way. In the 1960s and ‘70s, the ruling Baath Party was closely connected with historically-marginalized rural parts of the country, such as Syria’s Hawran region—a fertile plain stretching south from Damascus across modern-day Daraa, Suwayda, and Quneitra provinces. Back then, Hawran benefited from the state’s investment in agriculture, and in return served as a vital social and economic link between Damascus and its Jordanian neighbors to the south. The integration of Hawran into Baathist politics was as social as it was economic—several early Baath Party members hailed from the region, as did one of its founding fathers, Akram al-Hawrani (though he was born and raised in Hama).

In the 1980s, by contrast, the Baath Party undertook an extensive modernization campaign, which fueled industrialization and the growth of urban centers as well as a new, urban elite. In parallel, services and state support to more rural areas of the country such as Hawran dwindled. Investment in the countryside was replaced by a narrowly self-serving form of governance which prioritized Syria’s burgeoning economic elite at the expense of the rural and urban poor. In many cases, such neglect was paired with the plunder of vital resources: perhaps one of the starkest examples was the mismanagement of underground water resources in the northeast, which led to five consecutive years of drought from 2006 to 2011, sparking one of modern Syria’s worst humanitarian crises before the outbreak of the war.

In the face of this neglect, Hawran residents grew more self-reliant. Farmers and traders turned to the black market, and smuggling routes became an integral facet of Daraa’s local economy. Sentiments of neglect by the ruling elite helped fuel the early protest movement, of which Daraa assumed center stage in 2011.

Old policies of isolation and favoritism are once again at play in Hawran today. As residents navigate one compounding crisis after another—most recently the prospect of a Coronavirus pandemic—such dynamics propel the region further into a state of destitution.

The reopening of the Syrian-Jordanian border in 2018 brought hopes of a revitalization of Daraa’s economy. Instead, local traders are stuck between two larger, isolationist trade agendas. Hefty customs fees on the Syrian side are paired with outright bans on many Syrian products, such as olive oil and cigarettes, in Jordan. In early 2020, one owner of a shipping company in Daraa’s eastern countryside described how olive oil confiscated on the Jordanian side is not returned to Daraa but instead simply poured out onto the ground by Jordanian officials. He described, with some exaggeration, the double standards at play: “The most important thing to the Jordanians is that we don’t interfere with their markets […] meanwhile Jordanian trucks are able to come and go as they please.” He went on to explain how Damascus’ lack of progress on the issue with Amman had had serious repercussions on his business. Even the return of state-funded grain subsidies is no more than a dead-end for many farmers in Hawran today. Farmers may only purchase discounted seeds from the state on condition that they sell the crops to the government, forcing them to sell at prices lower than the market rate.

These factors, combined with Syria’s nationwide economic downturn, have turned Daraa’s local economy into one of subsistence. Meanwhile, illicit economies abound. The so-called “detention economy” is one of the few flourishing today—residents in Daraa report paying tens of thousands of dollars to military personnel, government fixers, and lawyers for information about their detained relatives.

Neglect and outright plunder of this kind do indeed provide impetus for violent outbursts in a region of Syria which remains heavily armed. The regime has likewise shown willingness to make an example of insubordinate areas of the province, as in the case of the town of al-Sanamayn, where the regime raided opposition positions in early March, killing three civilians. Opposition fighters responded with retaliatory attacks on regime positions in other parts of Daraa. Such tit-for-tat violence only fuels further instability, while most in Daraa turn not to retaliation but sheer survival. One resident of al-Tayba, a small town southeast of Daraa, described how he and other residents followed these developments in early March closely, hoping above all that the regime’s response wouldn’t cause major disruptions to locals’ lives.

Since their “reconciliation” with Damascus, most Daraa residents have adopted new forms of self-reliance. Families subsist on less and less, and many depend on support from relatives abroad to make ends meet. In the absence of funding for anything more than the most marginal forms of rebuilding, community dignitaries coordinate repairs using funds raised by Daraa natives at home and in the diaspora. Such self-reliance seems, in many ways, the only option: “If we waited for the government to repair the school, the school year would end and the next one would begin before the repair plan even arrived,” said the resident from al-Tayba. Daraa’s traders likewise adapt, hiring Jordanian drivers to transport their products through Jordan; engaging in smuggling; and shifting to importing products that face lower customs fees.

It takes a village

The above dynamics are not unique to Daraa, but rather represent an extreme version of the realities experienced throughout all of regime-controlled Syria today. Nowhere is this status quo more apparent than in the response to Covid-19: throughout Syria, instead of measures to actually curb the virus’ spread, such as stocking hospitals and quarantine centers and preparing medical staff for an outbreak, the regime downplays the scale of the crisis and prioritizes cosmetic actions that merely give the impression of mobilization. Local administrations spray chemical mixtures onto the street, sometimes multiple times a week; residents are urged to report neighbors exhibiting symptoms; and local authorities shutter pharmacies selling medical supplies at inflated prices. Meanwhile, obtaining support for those most in need, stocking hospitals, and navigating the inevitable economic repercussions of the crisis are once again put on the backs of civilians themselves. This is all too familiar to Syrians, tasked time and again with picking up the pieces of a broken system.

Haley Schuler-McCoin is an analyst with Synaps in Beirut, where she conducts research on Turkey as well as local economies in Syria. She tweets @mccoin_haley.

Haley Schuler-McCoin is an analyst with Synaps in Beirut, where she conducts research on Turkey as well as local economies in Syria. She tweets @mccoin_haley.