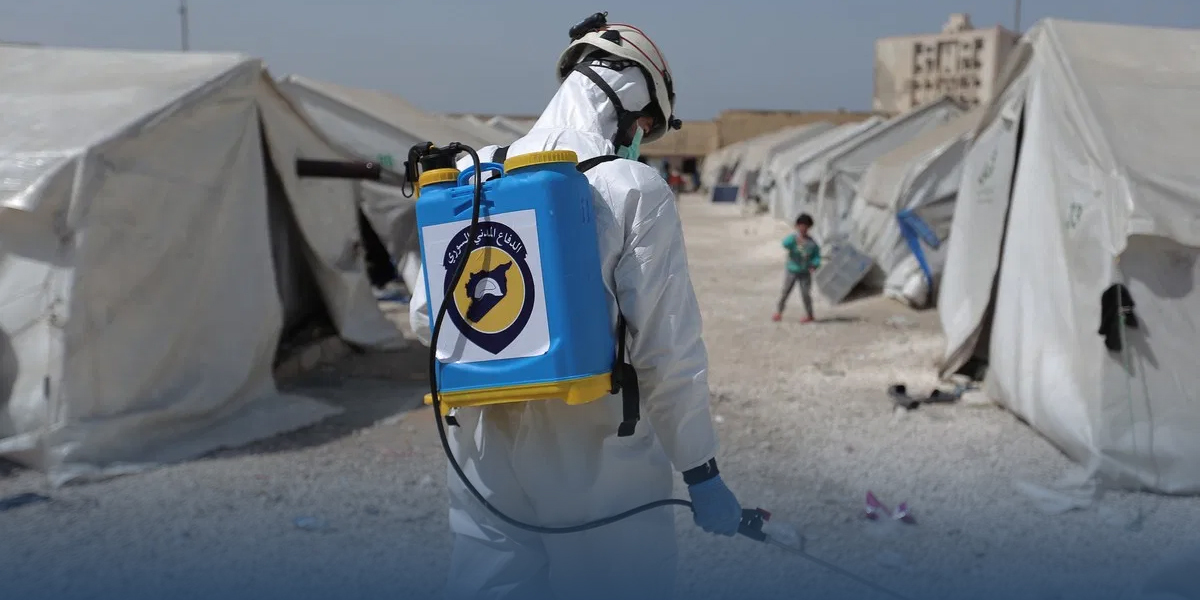 Covid-19 in Idlib: The doomsday scenario

Over 11,000 could die in just the first eight weeks of a Covid-19 outbreak in northwest Syria, finds an alarming new study by Syrian and international health experts.

Earlier this month, an in-depth study was published by a group of Syrian and international health experts assessing the likely outcomes in the event of a Covid-19 outbreak in northwest Syria, where over four million civilians live in dire conditions and the ever-present threat of renewed military hostilities. The paper, titled “The Covid-19 Forecast in Northwest Syria: The Imperative of Global Action to Avoid Catastrophe,” examines the ability of the medical sector in parts of Idlib and Aleppo provinces outside Assad regime control to handle such a scenario, concluding that over 11,000 people could die within eight weeks of a rapid outbreak, utterly overwhelming health workers’ capacity to treat patients.

Using tools developed by the World Health Organization and data gathered by the Syrian Health Information System Unit (HIS), affiliated with local health directorates, the authors simulated three potential scenarios, predicting the numbers of cases and deaths and the associated healthcare needs in each one. Of the area’s more than four million residents, the study notes that the estimated 1.2 million internally displaced persons (IDPs) living in crowded camps are at especially high risk: “Should a COVID-19 outbreak occur in NW Syria, projected cases and deaths will be particularly severe among IDPs.”

“We thought the best way to help the local medical sector determine its key needs was to build models simulating what might happen in the event of an outbreak, God forbid,” said Dr. Mahmoud Hariri, director of the HIS and one of the study’s co-authors, speaking to Al-Jumhuriya. “Doctors and researchers from Syria, the UK, and Australia prepared and verified the study in order to arrive at the most realistic results.”

These results surprised the team, even the Syrian doctors and researchers who were fully aware of the challenges faced by the local health sector, not least after the past year’s military escalation, which targeted medical sites systematically, vastly impairing their capacities and capabilities (quite apart from threatening the lives of health workers themselves).

“The alarm must be sounded regarding the situation in the region,” says Hariri. “The WHO and donors must move immediately to resolve the gaps and weaknesses suffered by the health sector. Otherwise, the lives of hundreds, or maybe thousands, will be in imminent danger.”

The first of the three scenarios assessed in the study, which assumed the virus would spread at a moderate rate (cases doubling every four days), predicted 16,384 cases in the first eight weeks of the outbreak; 2,458 of them severe, and 978 fatal. The second scenario simulated a faster rate of spread (doubling every 3.2 days), resulting in 185,364 cases in the first eight weeks; 27,805 of them severe, with 11,066 deaths. The third scenario was tailored for the region’s most vulnerable, namely its 1.2 million IDPs. In the event of an outbreak in the camps, the number of cases was forecast to reach 240,000 in the camps alone in the first six weeks; 36,000 of them severe, with 14,328 deaths.

Last month, the Idlib Health Directorate published alarming details about the state of Idlib’s health sector. Across all of Idlib’s hospitals, the report said, there were only 201 intensive care beds, along with 95 ventilators for adults, 30 for children, and 29 for newborn infants.

A simple comparison of these figures to the numbers forecast in the study illustrates the extent of the catastrophe that would unfold in the event of a Covid-19 outbreak in Syria’s northwest. Nor is the prospect merely a hypothetical one. Earlier this month, it was reported that five Turkish soldiers in Syria’s Afrin had been repatriated after contracting Coronavirus. The following day brought reports of four Syrian civilians testing positive for the virus, also in Afrin. If these reports are confirmed, they represent the first known Coronavirus cases in the parts of Syria remaining outside Assad regime control. From Afrin, there is nothing in principle to stop the virus spreading to the rest of the area.

“We’re facing a true disaster,” said the HIS at a press conference marking the study’s release. In order to tackle this disaster, the HIS called for rapid action to address the deficiencies in the region’s health sector, and to provide assistance to local medical NGOs. It also called on the WHO to accelerate the pace of its work, since any further delays may result in losses of life, hoping that its study might serve as an early warning to take further preparations in the face of a pandemic that has killed over 300,000 people worldwide—and counting.

[Editor’s note: This article was originally published in Arabic on 7 May, 2020]