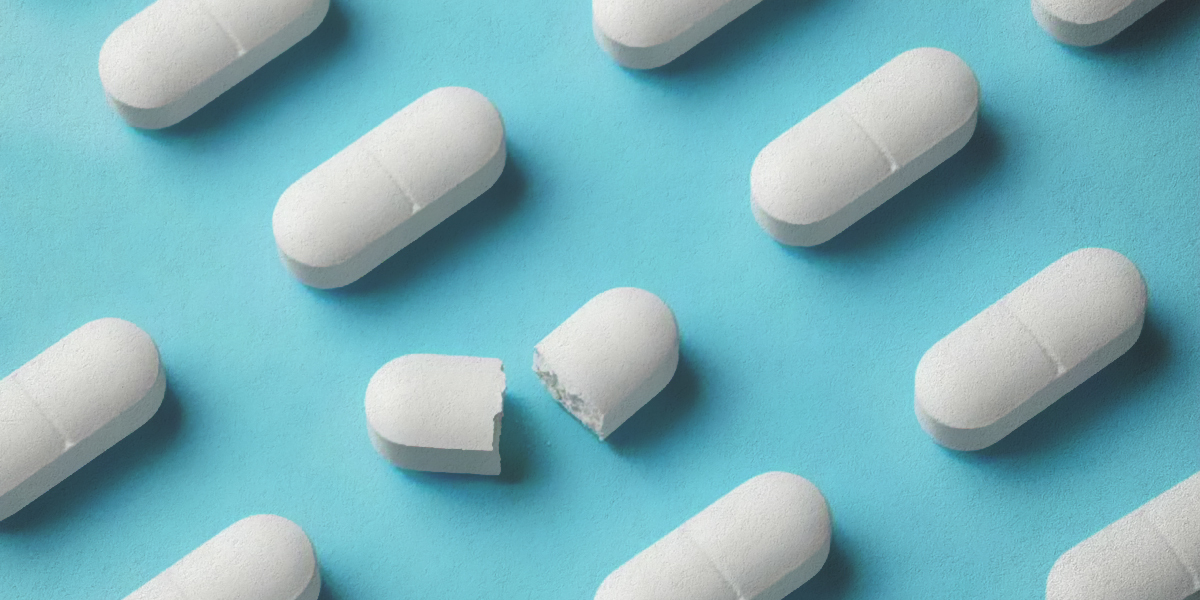 The head of Karkobia’s security forces has caught a deadly virus. How will he hide the news from the Palace? A short piece of satirical fiction by Marcell Shehwaro.

Unfortunately, I’ll have to kill the doctor. It’s too risky to keep him alive now that he’s recognized who I am.

There are no photographs of me in my professional capacity. As far as I know, I’m the head of Karkobia’s security forces, number one in the hierarchy, reporting immediately to the Palace. There have always been rumors, however, about the security forces having multiple heads, just to make sure no one dares betray the Palace.

I knew from the beginning I would probably have to eliminate the doctor, so I chose him carefully. I never trusted female doctors. Women should be nurses, not doctors. Of the five male hematologists in Karkobia, this young one was the best. The surveillance reports showed his wife was having an affair. A man who doesn’t notice what’s taking place in his own house is not an enormous loss.

I scheduled the visit after midnight. The entire street was foggy, and I didn’t use the official car. My bodyguard stood at the clinic’s door.

The blood sample was submitted under another person’s name; one of the inmates in my prison.

The doctor was in his late thirties. I found him agreeable, though without the social skills to maintain any normal conversation. Instead, he kept speaking in gibberish medical terms. Was he bragging in front of me? Would he dare?

On the next visit, a week later, the doctor’s kindness touched me. The results were affirmative, and the doctor had to die.

I’m now in my office, having just come from his clinic, and I can find no alternative option. I have to add the doctor to the immediate assassination list.

I choose “unpainful death,” and tick the box of “the family knows the target is dead.”

I hesitate about what to write as the reason for the assassination. It would be suspicious if I wrote “personal matter,” and unpainful death was not the proper punishment for “treason” or “communicating with Karkobia’s enemies.” I type “spreading rumors that could lead to a lack of trust in Karkobia’s health ministry” and update the list.

I open the brown envelope again and stare at the results. The diagnosis is “positive,” and the prognosis is “four weeks to two months; soon the pain will be unbearable and the patient should be hospitalized.”

I briefly consider that the analysis might be mistaken, or that I should repeat the test with a new doctor from the four ones remaining, but then dismiss the idea.

I can’t tell anyone I have the disease. I was the one, after all, who came up with the calculation that the immediate disposal of those showing any symptoms of it would be more cost-effective than testing and waiting for the cure. “It is for the sake of the majority of the people of Karkobia,” I wrote when I first presented my detailed plan to the Palace. For the objectives, I wrote, “Reducing mass hysteria and ensuring safety and security.”

I was the one who established the numbering system of the cases, starting with NS001 (“Noble Sacrifice”).  I cannot be Karkobia’s NS2109.

I was the one who drafted the press release responding to Amnesty International’s statement that some countries weren’t fulfilling their obligations to confirm their number of cases. I realized they were talking about Karkobia. They always are.

They create these stupid lists that no one reads: Karkobia is number one on the arrested journalists list; and number five on the corruption list; and not even on the list of citizens’ happiness and wellbeing. They don’t understand Karkobia’s context.

I suggested we should ignore their comments about the disease, but the Palace ordered me to write a press statement.

I was the one who told “the faithful people of Karkobia to stay strong, and not surrender to the rumors that were trying to threaten Karkobia’s immunity against Western diseases. Only in capitalist countries do such diseases spread.”

So no, not now, I can’t be sick now. Not when my plan is working, and the Palace is delighted with the international media headlines. (“How can the rest of the world learn from the Karkobian example?”)

I knew that one day those stupid people who think democracy can save them would come back to their senses. Humans are not developed enough to choose their own fate. They aren’t ready.

Not now, I can’t be sick now. Not when a World Health Organization official praised Karkobia’s “resilient” health system that has “maintained health service delivery despite the constraints.”

What if I forged the results sheet, and was hospitalized on another pretext? No, I can’t be hospitalized, that would give the masses the wrong idea about the security forces. No one can know I’m sick, not even the Palace. The Palace would kill me at once. After all, this is how I got promoted ten years ago, when my manager Aron suddenly had to leave the country on a secret mission. His family traveled with him on this secret mission, and no one heard from any of them since. I knew Aron was sick.

I’m not a believer, no matter how many times I’ve showed up to prayers to keep up appearances. But I wonder now if I should pray for a miracle. Is God there after all? Is this God’s punishment?

Is this all because of the tears of the mothers of the young boys I tortured? No, of course not. Even if God did exist, would he listen to the whining of such weak creatures?

I forgot most of the prisoners’ faces, and all of their names. There was one 16-year-old boy who I do remember well. His name might have been Firas, or Osama, something like that. He was a foolish boy. “You can’t break me!” he kept shouting while I pulled out his fingernails. That wasn’t remarkable. They all say that at the beginning.

But I know how soon—how many broken ribs, precisely—before they beg for their lives.

The son of a bitch refused to confess who provided him with the Internet. While he was hallucinating, in a state between life and death, the skinny runt spat on me, and said, “History will remember.”

I didn’t think much of that sentence at the time. But now, whenever my prognosis comes to mind, the word “history” buzzes around inside it.

How will the world remember me?

No one remembers my boss, Aron. But the people of Karkobia will remember my fearsome nickname, “the Shadow Beast.” I investigated for years to track down the person who published that caricature and gave me that moniker, but I failed to reach them.

For two years after that stupid boy died, his mother kept showing up at our prison’s door bringing lunch for her son. I found her a talented cook but a terrible mother. She should’ve raised him better than to dare to read forbidden articles on the Internet.

I need to figure out a way to control history.

What if I killed myself?

It would create a mystery, and those who secretly despise the Palace would assume I was trying to lead a coup or something of that sort. They would think the Palace killed me. But no one listens to those people anyway. Also, if I killed myself, there’s always a chance the new head of security would hide the story.

I walk to my office window on the seventh floor and stand watching Karkobia’s lights. Believe it or not, I really love this city.

I try to think about the coming four weeks. My wife will have enough money in the banks in Geneva to survive with our five children. Mark, the eldest, will soon be 15 and drafted into the security service anyway. The other four won’t remember much about me. There’s no family photo in my office or on the computer files. They advised me from the first day of my training to separate my personal life completely from my professional one. “For their own safety,” they told me. I was 16.

I can’t go home; I haven’t gone there since the start of what I call “the alleged pandemic.”  I can’t go now and risk transferring the disease to one of them. I can’t see them again.

It’s six in the morning. I call her.

“What are you doing?”

“Preparing the lunch box for the kids, do you want anything?”

Her voice still has the same warm tone, while I lost my affection long ago. I took care of her. I didn’t know if her father wanted us to get married or simply couldn’t refuse. Clara was 15, and I was 26.

“Just checking on you.”

“We’re fine, did you eat the lasagna I sent yesterday?”

“Just let me know what you want to eat and I’ll prepare it for you.”

I wasn’t faithful to her, but overall she was happy living with me. I never hit her, and all the other women, including the prisoners, were just for sex. She was the mother of my kids.

“Send me your clothes with the driver.”

“I’ll send them to the dry cleaners.”

“When are you coming home? The kids miss you.”

I smile at Clara’s shy laughter.

“Do you want to talk to them?”

I hesitate, but this isn’t the time to be sentimental. I’m afraid I won’t be able to focus on what must be done if I hear their voice.

“Sam painted you a picture. I’ll send it to you with the driver.”

“What if you came tonight for dinner? I could make them wait up for you.”

I hang up and need something to clear my head. I fill my whisky glass, put a tape in the stereo, and go back to my chair. I love Frank’s voice.

Regrets, I’ve had a few

But then again, too few to mention

I did what I had to do

And saw it through without exemption

I need to decide what to do before my symptoms become obvious. I could hide my skin rashes under my shirt’s long sleeves. But the doctor told me about coughing blood, and the rash reaching my face and neck. I don’t have time.

I lean back on my office chair and place my feet on the desk and fall asleep. In my dream, a faceless man chases me, and I fail to escape. I jump in a panic and wake up. My nap lasted no longer than half an hour.

I realize what I have to do.

I have to be killed by an enemy of Karkobia. That would make me Karkobia’s national hero.

I can imagine how huge my funeral ceremony would be. I can almost hear the rifle salutes.

They might even put up a statue of me in Karkobia’s main square.

In fact, who cares about Karkobia; I could become an international hero. I should be killed by the Americans.

Hundreds of headlines about how “America attacks the sovereignty of Karkobia” and “threatens Karkobia’s stability.”

My name would be mentioned in all the letters of apology written by the American left to the Karkobians.

Oh, Twitter. I know precious little about it, but from what they’ve taught us in training, my story would become “viral” all over Twitter.

All I need is to figure out who among my connections can help me with this mission, and how much it will cost.

I know I’ll figure something out. After a large swig from the glass, I sing along as Frank’s voice fills the room:

I traveled each and every highway

And more, much more than this

I did it my way

Marcell Shehwaro is a writer and activist from Aleppo.