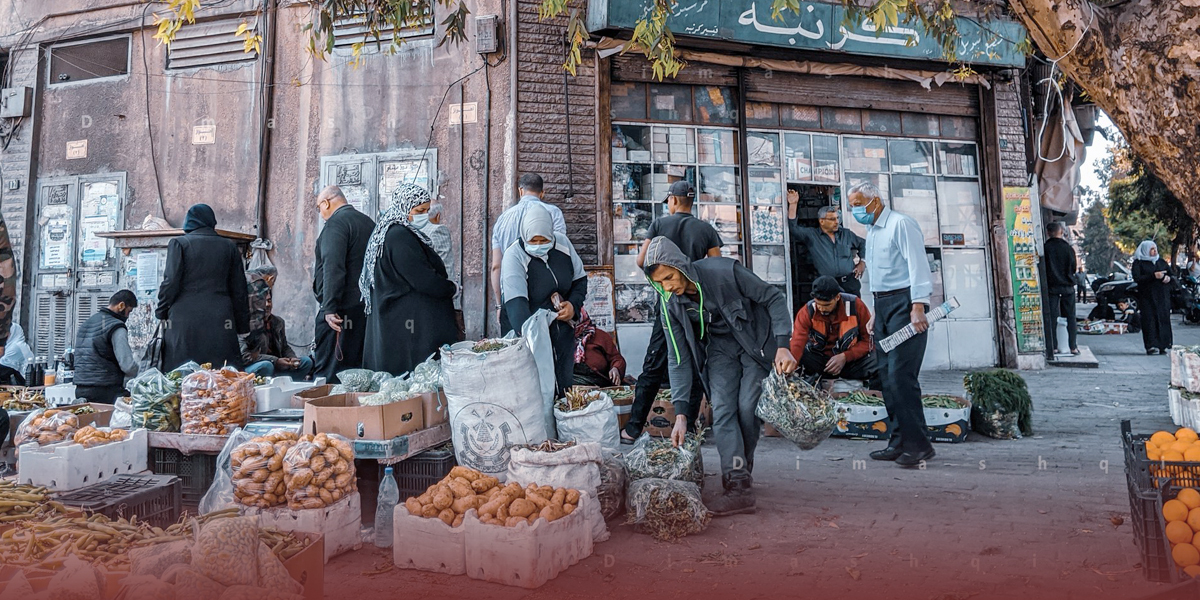 So powerful are Washington’s new sanctions on Syria that even some opponents of Assad are unsure about them. Our own Syrian reporters have a range of views, two of which are presented head-to-head in this article.

Wednesday marked the entry into force of the most stringent sanctions ever placed on the Syrian regime and economy. Bashar al-Assad himself, along with his wife, Asma, headed the list of 39 people and entities named by the US Treasury Department in the first of a coming series of new sanctions, collectively known as the Caesar Syria Civilian Protection Act. The measures go further than any other previous sanctions in targeting not just senior members of the Assad regime and their network of business cronies, but anyone else carrying out transactions with them, Syrian or otherwise. This notably includes entities engaged in reconstruction activities, as well as operations in the aviation and oil and gas industries. The provision of humanitarian aid is exempt.

So far-reaching, indeed, are the sanctions that they have proved controversial even among some opponents of the Assad regime. Al-Jumhuriya’s own editors and staff writers have a range of views on them. Accordingly, on Tuesday, we published two divergent arguments on our Arabic website, each written by one of our reporters: “Change is the only alternative to inevitable collapse,” by Orwa Khalife; and “Saving Syrians or starving them?” by Qasem Albasri. What follows is an English summary of both articles.

Khalife begins by arguing that Syria’s economy is unsustainable and heading for collapse with or without the Caesar Act’s sanctions—contrary to the Assad regime’s propaganda, which blames the country’s economic woes on a so-called “siege” imposed by the West. Khalife cites the example of the suspension of Iran’s credit line to Damascus in 2018, which had been used by the regime to procure oil. The subsequent fuel crisis saw lengthy lines at petrol pumps and cold winters for millions unable to heat their homes.

Shortly before that crisis, writes Khalife, the regime and its Russian and Iranian allies had been boasting exuberantly of “victory” in the country’s conflict. Even outside Syria, in neighboring Lebanon and Jordan, the talk in business circles turned to Syria’s post-war reconstruction, and the colossal sums of money it would rake in. In reality, two years on, flagship projects of this reconstruction, such as Damascus’ luxury “Marota City” development, have gone nowhere. Neither Russia nor Iran, nor the Gulf states, let alone China or the West, have proven willing to plough significant sums into regenerating Assad’s Syria economically. That Lebanon has now entered a financial crisis of its own, with banks no longer providing US dollars, has deprived Syria of yet another economic lung; one of the very last it still possessed.

In other words, as Khalife says, “the sanctions will indeed have economic effects, but the collapse of the Syrian economy has already been underway since last year, and we would have witnessed some of the worst of it within the coming months and years in any case. All the Caesar Act (or, rather, the fear of it) has done is accelerate this process.”

Albasri agrees Caesar will only expedite a collapse that was already in motion, and was the result of actions by the Assad regime and its Russian and Iranian backers above all else. It was the pro-Assad coalition’s destruction of infrastructure and means of production, and its killing and displacement of millions of Syrians both internally and outside the country’s borders, that devastated the Syrian pound and drove millions under the poverty line. However, he argues, the difference under Caesar will be that those Syrians already in poverty will now be pushed “to the brink of famine.”

The statistics, says Albasri, tell the story plainly. Over 85% of Syrians live in poverty, their food security already threatened. The average monthly income per capita is less than $30. Syria is a country that imports almost all the goods needed to feed its people. What will happen, he asks, when the pound plummets further, and average incomes fall to $7 or $6 per month? Even if the Caesar Act makes exceptions for food and medicine, the majority of Syrians will lack the purchasing power to buy them regardless. Worse still will be in store if Washington sanctions the Syrian Central Bank (which at the time of writing it has not), given the extreme constraints this would place on transacting imports of any kind. Would international humanitarian aid sufficiently fill the gap? Unlikely, Albasri says, when aid organizations have already been chronically underfunded for years.

The fact of the matter, writes Albasri, is that Syria’s economy is run by an oligarchy of Assad loyalists. They undoubtedly deserve to be punished, since their wealth is ill-gotten. Yet what is the alternative mechanism available to import food and other basic necessities, when the regime forbids non-loyalists from undertaking such activities?

To Khalife, the answer lies in Moscow, which he argues will ultimately conclude that it has no option—if it hopes to sustain its “victory” narrative, and to rebuild the country it destroyed—but to engineer a process of meaningful political change at the top in Syria, in exchange for the lifting of Caesar sanctions. “We’re in historically unprecedented territory,” he writes.

Albasri disagrees, arguing that Moscow cannot afford for Washington to see sanctions lead to success in this way, given the implications that would have for the sanctions placed upon Moscow itself. If anything, says Albasri, Russia will see Caesar as an opportunity to gain yet more leverage over Assad, and add further to its already-substantial privileges in the country. Similarly, it may also move to sideline Iran in Syria; a development Washington would welcome.

In his concluding paragraph, Khalife writes:

The Caesar Act will do no more than the regime has done itself over the past decade, in terms of damage to the country and its economy. While Syrians pay the greatest price for the combination of failed economic policies, the annihilation of the country, and foreign sanctions, there appears to be no radical solution on the horizon for the Syrian people’s socioeconomic ills—which now threaten to turn into a famine—other than carrying out changes corresponding to international expectations that will permit the reopening of the economy. Otherwise, Syrians will face the darkest of days within the near future, under a political regime dragging their country to the edge of an abyss that may seem closer today as a result of sanctions, but has always in fact been Syria’s inevitable fate, given the policies of this regime.

Albasri, meanwhile, wraps up as follows:

There is no change in Washington’s strategy vis-à-vis the Syrian regime, nor will the US take any serious steps to create the political change Syrians hope for in their country. Nor does there appear to be any evidence Moscow is prepared to end its support for Assad as a result of sanctions. The political consequences of the Caesar Act, then, are unclear. What is clear is that it will be harsh for Syrians, to the point of leaving them hungry.