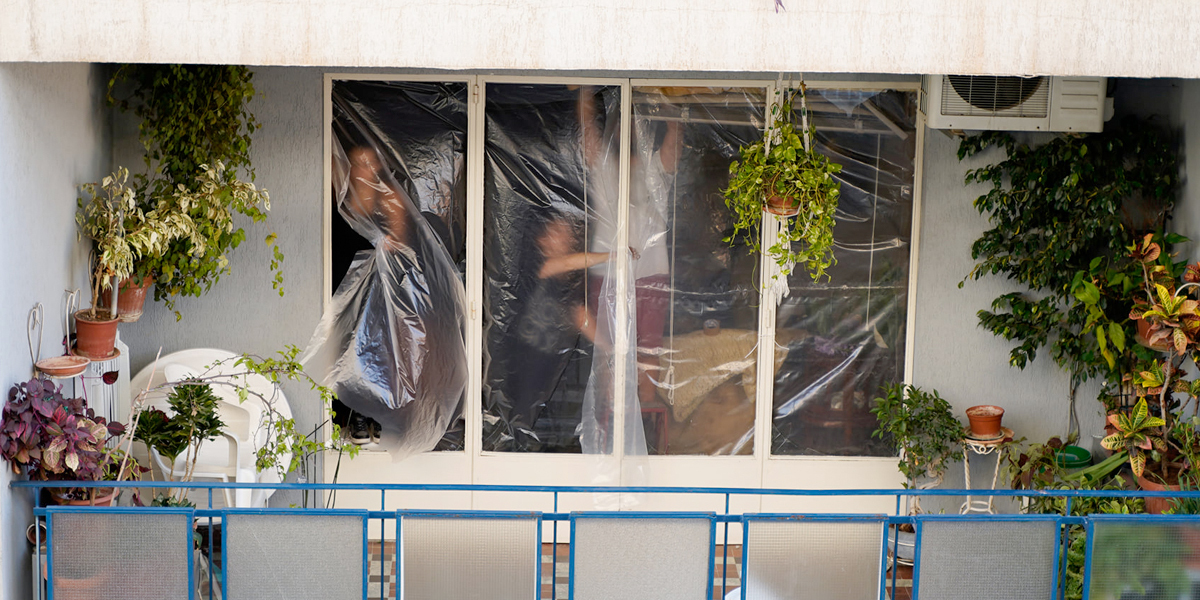 As the dust settles after Beirut’s port massacre, a profound sense of disorientation and uncertainty about the future envelops the city.

Now that the sheer panic and adrenaline of the initial seconds have receded, along with the subsequent relief of the realization that this wasn’t a war—not in the conventional, July 2006 sense, anyway—there remains, of course, the deep, piercing grief for the staggering loss; the burning bile at the back of the throat; and, as the mind emerges slowly from its numb stupor, a profound sense of disorientation and uncertainty about the future.

This uncertainty takes many forms. For some, it concerns the immediate political future of the country, after the resignation of Prime Minister Hassan Diab’s cabinet on Monday evening, following three appalling days in which the authorities met tens of thousands of demonstrators in downtown Beirut with brute force. Hundreds of mourning residents (some with heads and bodies bandaged, still literally bleeding from the blast) were wounded anew with everything from tear gas canisters to rubber bullets to live fire, in some cases, all while the remains of the dead and missing still lay crushed under the rubble of the port only meters away. 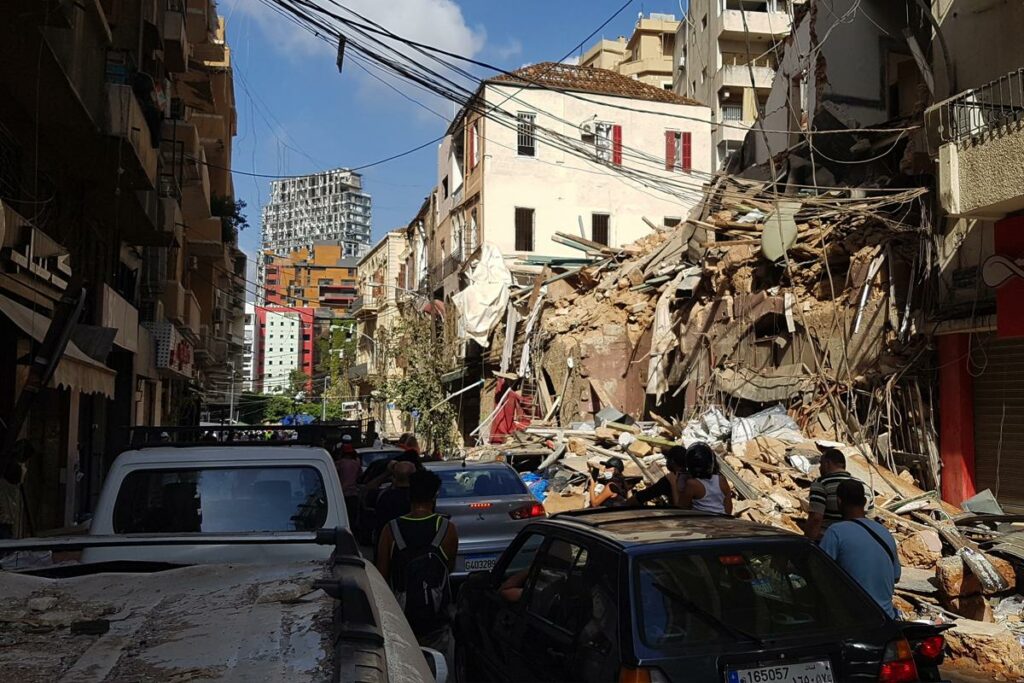 There is the question, in other words, of who might replace Diab as head of the next government. Will Saad Hariri patch things up with the president’s son-in-law, Gebran Bassil, paving the path for his return to the Grand Serail? Or are the local and international conditions ill-suited at this moment to a cabinet made up of the same old utterly-discredited names; might the time be ripe for a new face, like the ICJ judge and former UN ambassador Nawaf Salam? In truth, such guessing games and half-baked analyses are far from being foremost in the thoughts of most Beirutis at present, who are still picking glass shards out their clothes and wondering who to call to get window frames replaced. 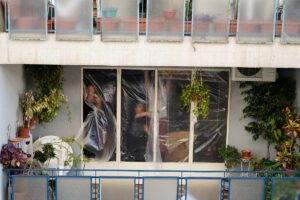 Of slightly more concern was yesterday’s decision by Lebanon’s parliament to grant the army exceptional powers under the official state of emergency declared in the wake of the blast; powers that include the ability to prohibit demonstrations, enter private homes, enforce curfews, deport people, censor the media, and try civilians in opaque military courts. Journalists and activists now nervously joke that they’ll see one another in jail, and the slogan “Down with military rule,” previously associated with the Egyptian revolution, has begun circulating.

Yet the much deeper, existential uncertainty in the air concerns the fate of Beirut itself, as the city in which a million people lived, worked, ate, drank, danced, loved, dreamed, raised children, and had the experience best described by William Cory:

I wept, as I remembered, how often you and I

Had tired the sun with talking, and sent him down the sky

What remains today of the Beirut we knew at 6:07pm on August 4th? What will remain of it tomorrow? It’s perhaps difficult for those who haven’t walked its streets since the blast to fully grasp the extent of the annihilation. There is scarcely a building in the neighborhoods of Mar Mikhael, Karantina, Gemmayze, Geitawi, Ashrafieh, Downtown, Ain al-Mreiseh, and Clemenceau that hasn’t lost its glass, at minimum. In the worst-hit areas, such as Gemmayze, entire buildings have been powdered, collapsing onto the cars and roads beneath them, utterly unsalvageable. Even those that remain standing may suffer dangerous structural problems, leaving them at risk of implosion at any moment. (Any readers concerned about their buildings can contact the hotline established by a team of engineers at the American University of Beirut, who will come and inspect the damage in person and offer their assessment free of charge.) Already there is talk of comprehensive reconstruction in some quarters, which are often among the city’s most historic: UNESCO has said as many as 60 such buildings are at risk of collapse, and in need of salvation. Fierce battles are sure to be waged down the road between civil society and the construction giants, in a re-run of the bitter experience that followed the end of the civil war in 1990. 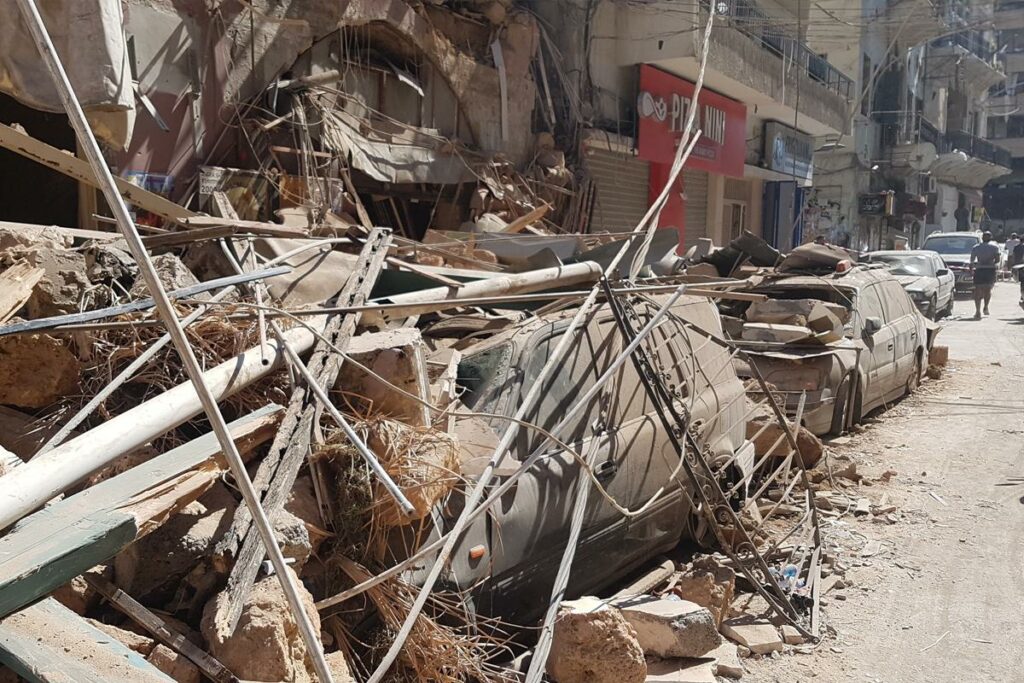 This architectural aspect is but a microcosm of the broader cultural and socioeconomic question marks concerning the very identity of the city. Unfortunately, one can already be certain Beirut’s features have changed permanently. Several landmarks and fixtures of life in the capital have announced they will not attempt the Sisyphean task of rebuilding and reopening. The Saifi Urban Gardens hostel, for instance—the first home and port of call of every new Western arrival in Beirut, including this writer back in 2011—has confirmed that neither it, nor its Em Nazih restaurant, nor its Coop d’État rooftop bar (overlooking the port directly), will see the light of day again. “We have decided that we will not go back to the petty corruptions of the police, the municipality, and the ministries, and the bankers, businessmen, and politicians who have sucked the life from every dream and sincere effort made by the people of our country, and who two days ago took our city and lit it on fire, watched as flying glass shredded our loved ones, and now think only about themselves and how they will escape blame,” wrote the hostel’s management on their Facebook page. “The thought of building again so they can extort us for bribes and taxes for which we get nothing in return, use the power of the government to support their friends and relatives at the expense of everyone else, take our money from the bank and then destroy and kill what is left, makes us sick.”

Others, like the Kalei coffeeshop in Mar Mikhael, will say only that it’s too soon to know what will happen: “The thought of rebuilding is definitely not our first instinct, because we reject the idea that our people should continue to accept to be called ‘resilient’ at the price of starting over and over again this way. What happened to our city has broken everyone’s hearts like they’ve never been broken before. And no repairs can fix that.” Aaliya’s Books, located on a part of Gemmayze’s main street that had been blocked off when I saw it the day after the blast, for fear of collapsing buildings, writes with understatement that, “The only thing we can say for sure about the future is that it will be challenging.” These are only a tiny sample of the countless and priceless cultural and social jewels at stake: the independent cafés, bookshops, restaurants, art galleries, bars, museums, clubs, and event spaces that made these neighborhoods such an epicenter of life in the city. It might be said these are only ultimately of concern to well-off elites and expats, and there’s a degree of truth to that, though it would be fatuous to suggest the calamity didn’t affect all residents indiscriminately. The streets in question are also home to innumerable small businesses, mechanics’ garages, artisanal workshops, and corner shops whose owners possess nothing beyond them. If the media have inevitably paid more attention to grand, headline-grabbing casualties, like the 19th-century Sursock Palace, and the high-rises built by the famous architect Bernard Khoury, it remains beyond question that the steepest price will be paid by the working class and unemployed Beirutis who have now fallen, or been pushed, straight into the pit of the abyss.

Yet even more potent and deep-seated than the angst about the fate of the city per se is the individual anxiety raging inside the minds of so many, concerning their and their families’ personal future in Beirut, and Lebanon as a whole. Well before the explosion, the vertiginous cocktail of economic ruin, currency collapse, and rapacious political dysfunction had pushed ever-growing numbers to take the agonizing decision to leave their city and homeland altogether. They include people whose names are bound inseparably with the city, such as the journalist Giselle Khoury, head of the Samir Kassir Foundation and widow of the late Kassir himself, who was Beirut’s historian as well as one of its most courageous and charismatic agitators, until a car bomb cut him down at the age of just 45 in 2005. How many more will leave now, then, having discovered that the gangsters in charge thought nothing of storing fireworks in the same warehouse as three thousand tons of explosive ammonium nitrate, in the densely-populated center of the capital city? Certainly, there are some for whom this only redoubles their commitment to staying, precisely in order to hold those very gangsters to account and turn the page on their murderous regime once and for all. “Revolution is born from the womb of sorrows,” as the poet Nizar Qabbani put it, in a line the Lebanese army censored out of a song played at their annual festival only three days before the explosion. But there will also be many who say they’ve suffered rather enough for one lifetime, and would prefer their children didn’t have to endure the same pain and misery themselves. Nor does this apply exclusively to the well-heeled either; the Lebanese taxi drivers in Berlin and Montreal certainly didn’t grow up in Sursock Palace, nor graduate from the American University. In 2011, Beirut’s Oscar-nominated director Nadine Labaki produced a film titled “Where Do We Go Now?” This is the question on every mind in Lebanon today, on all fronts, and in all senses of the words.

[Editor’s note: A version of this article was first published in Arabic on 13 August, 2020]