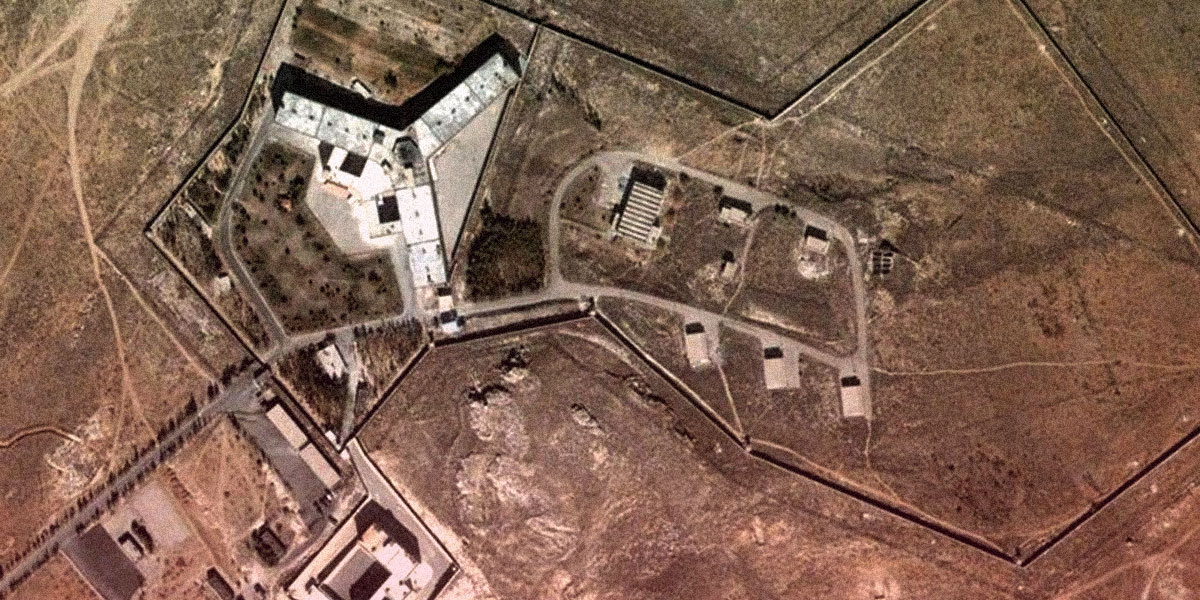 The testimony delivered last month in a court in Germany’s Koblenz by the man who has come to be known as the “gravedigger” revived discussion of the atrocities committed in the Syrian regime’s prisons, and the killing of inmates by torture or the dreadful detention conditions in general. The witness, whose identity is withheld for safety reasons, and is officially referred to in the trial as “Z 30/07/2019,” spoke on the September 9 and 10 trial sessions about his former employment between 2011 and 2017 as a civilian supervisor of mass burials taking place at a cemetery in an area called Najha near Damascus.

The terrible images contained in his testimony recalled the photos of thousands of deceased detainees smuggled out of Syria several years ago by the photographer known as “Caesar,” who worked in the military police’s documentation center. This time, however, the unimaginable atrocities captured in “Z’s” images were not limited to the period of detention alone, but extended posthumously to the victims’ bodies, which were sent by the security branches and military hospitals to be buried in mass graves prepared specifically for the purpose in Najha.

The testimony was presented during the trial of two former Syrian intelligence officials, one of whom headed the investigation department at Branch 251, also known as the Khatib Branch. The trial, which has been underway for months in Koblenz, has sought the testimonies of victims and experts regarding arrests and torture in Syrian prisons, particularly with respect to the Khatib Branch, where the two defendants worked. The “gravedigger’s” testimony came in the context of corroborating the claims of mass murder practiced by Syria’s security agencies.

Per his own testimony, the witness oversaw the implementation of mass burials full time on a daily basis for over six years. Most of the bodies were those of victims who died in the various security branches. Their corpses were collected by trucks directly from the branches, or arrived from hospitals, such as Military Hospital 601. Other bodies came from civilian hospitals, such as Damascus’ al-Mujtahid and al-Mouwasat, though this was less frequent.

To bury the bodies, large pits were dug, which the workers called “lines.” They differed in length and depth, but were invariably prepared for the express purpose of burying dozens of bodies at a time. The process was monitored and supervised, according to the testimony, by representatives of the security branches, who documented the numbers for each branch, and obtained signatures from witnesses on their lists of numbers. The number buried per day ranged from 500 to 700.

This activity, which went on for years in this manner, reveals not only the involvement of the regime’s official security branches in mass killings of opponents, but also the design of bureaucratic mechanisms within these security agencies for the purpose of carrying out these killings, and managing their consequences.

The Syrian Network for Human Rights says it has documented the names of more than 100,000 forcibly disappeared persons in Syria since March 2011, and that this may be lower than the true number. Human rights organizations adopt working methodologies and standards of verification that may not always allow the documentation of all cases. Certain incidents in the past have demonstrated how documented numbers represent only a part of the true whole, such as when the names of detainees killed in detention were revealed through death certificates issued by the civil registry.

Even so, the number of fully-documented cases is already very large. To put it in perspective, 1 in every 200 Syrians has disappeared during these years, which is a staggering proportion, showing that Syria’s security branches have transformed into a vast machine for the detention and disappearance of citizens.

Formally, these security branches have various affiliations. Some are, in theory, subordinate to the ministry of interior, such as the Political Security and Criminal Security branches. Others, like Military Security, fall under the General Command of the Army, while others still are technically sub-branches of the military, such as Air Force Intelligence.

These security branches; their powers; and their working mechanisms have all been designed in order to keep tabs on almost every detail of Syrians’ daily lives. (In Hafez al-Assad’s era, for example, a barber would require approval from the security forces to open a barbershop.) They have long played a central role in the repression of all anti-regime movements, whether by detaining their members for extensive periods of time, or by killing them outright. This applies across the entirety of the political spectrum, from the extreme right to the far left; particularly from the late 1970s to the late ‘80s, but also before and after that period.

The difference back then was those arrests followed a certain procedural mechanism, beginning with interrogation and torture in the security branches, then imprisonment; either in civilian prisons, such as Adra in Damascus and Aleppo Central Prison, or military prisons such as Tadmur and Saydnaya. This mechanism did not change significantly in the initial years after Bashar al-Assad inherited power from his father in the year 2000.

The outbreak of the Syrian revolution, however, saw a sharp increase in mass arrests, as well as a systematic change in the mechanism. Now, civilians could be arrested at any of the checkpoints that proliferated across most of the country, with no specific charges from the security apparatus; they could be arrested at random, in other words. Naturally, this happened to large numbers of opposition activists from March 2011 onwards. Yet it also extended to civilians for no reason other than living in or coming from areas in which the opposition was active.

The testimony of those who have survived such detention experiences, including the witness referred to as “P4” in the Koblenz trial, points to enormous numbers of detainees held for long periods of time in the security branches’ dungeons. According to P4, a cell no larger than sixty square meters might contain as many as 800 inmates at times.

Eventually, the regime faced the problem of how to continue arresting people when what might be termed the “detention infrastructure” could no longer absorb further numbers. One solution was to transfer detainees to Saydnaya military prison, where the use of torture and all manner of mistreatment has been extensively documented since the start of the revolution, including in a book of testimony published last August by the Association for Saydnaya Detainees and Missing Persons.

The testimony of former prisoners, and the images leaked by Caesar, make clear that Syria’s security branches have carried out mass killings of detainees under torture, or have left them to die of malnutrition, disease, and all the other conditions that accompany detention in such prisons as these.

Today, the circle has been completed, with the testimony of the gravedigger, who worked for years with the security agencies to bury the victims collectively. The agencies would even compete among themselves over who killed the most people, according to the witness; they were competing over who could please the boss best. Thousands of Syrians have been brutally murdered in detention centers, then buried en masse to conceal the evidence.

It was possible, in the past, to understand political detention in Syria as a tool to terrify citizens against carrying out anti-regime activities, and to eradicate political organizations. Yet detention post-2011 is different. It differs not only in terms of its mechanisms, or the forms of torture that accompany it. It differs in that it has transformed into a mass murder machine. Today, its objective is the total physical extirpation of regime opponents. The giant detention machine that has hung over Syrians’ heads for half a century has now turned into a giant killing machine. A crime of mass extermination has occurred in Syria, comparable to the major crimes against humanity that have stained the world’s conscience elsewhere in the past century. This crime deserves to be recognized for what it is, and dealt with accordingly.

[Editor’s note: This article was originally published in Arabic on 21 September, 2020]