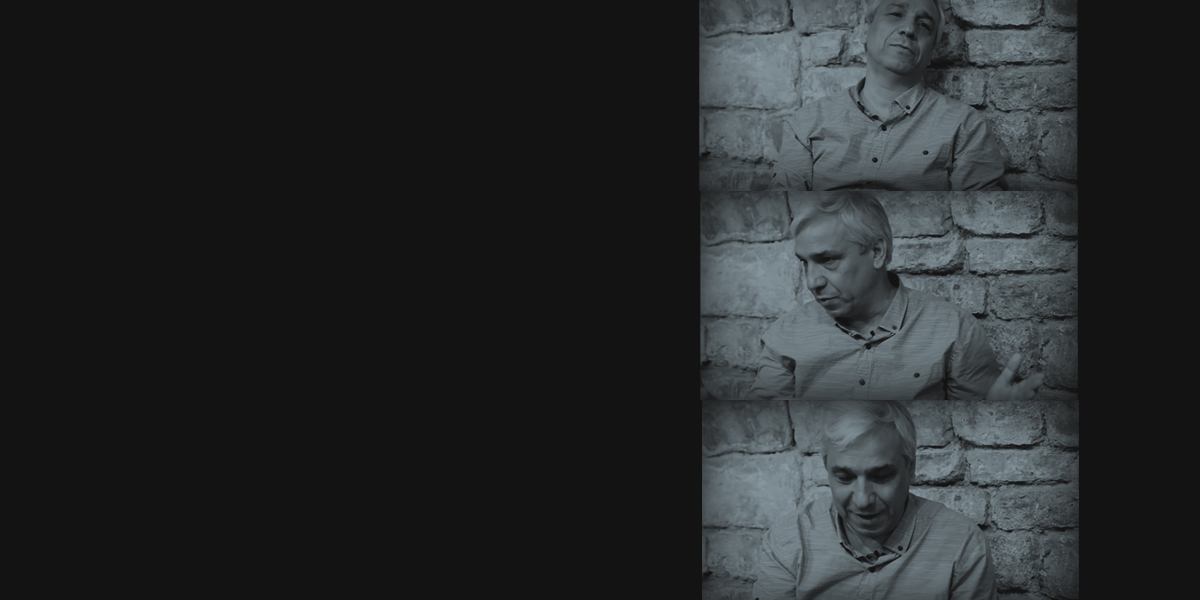 The struggle for life: An interview with Yassin al-Haj Saleh

[Editor’s note: The below interview was originally published in French by Le Monde on 12 March, 2021. It is published here in English, with minor edits, with the permission of its author.]

Today, ten years after the outbreak of the Syrian uprising, how many “Syrias” currently exist? There is the territory held by the Bashar al-Assad regime; the Kurdish-run “Rojava” zone; the Idlib pocket; the Turkish satrapy; and the refugees…

Yassin al-Haj Saleh: And more than these. First, you have the Russian-Iranian Assadist protectorate; then the American protectorate dominated by the Syrian branch of the Kurdistan Workers’ Party (they no longer call this vast region “Rojava”), which also administers the camps that have been dubbed “Europe’s Guantanamo.” And there is the Turkish protectorate in the north and northeast. These protectors have their proxies, both Syrian and non-Syrian.

Then you have Idlib, where an al-Qaeda offshoot is trying to normalize itself, and seems to have launched its own perestroika, attacking the “Stalinist” hardliners known as Hurras al-Din (the “Guardians of Religion”). Then, well, we have a region occupied by Israel since 1967.

As for the Syrian sky, it is divided between the Russian protector of the regime, and the Israelis hitting the Russians’ partners in protecting the regime: Iran and its “Shia Internationalist” brigades. The longer this de facto division of the country persists, the greater the possibility that it turns one day into a de jure partition.

Then there is a sixth Syria: diasporic; de-territorialized; universalist; pluralist; and independent of the genocidal dynastic regime that has been ruling the country for 51 years. This Syria is struggling for life and politics.

Are refugees a homogenous group? Do they share the same political views regarding the regime and the revolution?

YHS: They do not. Homogeneity exists only in the mind of Bashar al-Assad, who congratulated himself on achieving a “more homogenous society,” no matter the enormous losses in lives and infrastructure. Some refugees are even regime supporters, who fled the country just to avoid military service, or simply for a better life. Many are just ordinary non-politicized people, fleeing years of deteriorating conditions. You find a wide spectrum of views among the Syrian diaspora; a community of more than 6.5 million, representing around 30% of the Syrian population. Again, this is the independent Syria.

YHS: This would be overly simplistic. We are talking about refugees; people forced in different ways to leave their original environments, many of them traumatized. True, a large number of refugees demonstrated their agency by crossing the borders of many countries to arrive in Europe, but this is akin to the agency of a prisoner who does the best under bad conditions. Refugees in France are something of an exception in this sense, however, for the French embassies and consulates hand-picked the Syrians to whom they offered refuge. And guess what the first question they asked them was: “What is your sect?” In laïque France, your chances of asylum are higher if you hail from a religious minority, or if you can prove your “secular” credentials.

I think the ones who preferred Europe chose predictability over anything else. I mean predictable conditions enabling you to plan your life. This is a middle class tendency, neither identitarian nor ideological. Perhaps it has become a Syrian tendency, after half a century of being ruled with caprice and total unpredictability.

In Turkey, many Syrians are conservative, and many are not. The problem for Syrians there is that Turkey is now a power in Syria, and it is not easy to take a critical position towards its role in Syria. Some Syrians are blindly supportive of the Turkish government. We call them Sourkies (Syria’s name in Arabic is Souria). Either way, it is a matter of politics.

Are Syrian refugees the new Palestinians? By which I mean a social group that is a driving force of modernization in Arab countries, but which is also perceived as a destabilizing threat by Arab regimes?

YHS: Times have changed. We are no longer in the era of Arab nationalism.

However, there are two broad categories of refugees. The first are the extremely poor people living in camps, with hundreds of thousands of children deprived of school and education. These may be a destabilizing force in a nihilist way. The challenge is: how to protect them from nihilism? The only answer I can think of is jobs, education, political rights, and positive discrimination on their behalf for many years.

The second category is better-off people, with better education. Many of these are already creative. Collectively forming an independent Syria, these people can be a democratizing force.

To take the German example, how do you explain the rapid economic and social integration of Syrian refugees? Is it due to a higher level of education?

YHS: Mostly because they are middle class people. Whether they were able to arrive in Germany by plane and with legal papers, or they came in 2015 and early 2016 through the Balkans, they occupy different places in the middle social strata. You have to pay thousands of Euros to smugglers to arrive in Greece, and perhaps to arrange preferential treatment and arrive in Germany by train or car. Besides, the work ethic, though impaired by more than half a century of the Assad dynasty, is still strong among many urban Syrians. Most urban middle class Muslim people like success, work hard, save money, and are disciplined, professionally and sexually. I guess they chose Germany because they were already “Protestant.”

What does the presence of Syrians bring to the West (or Europe): the renewed idea of revolution; the fact that a revolution is still something possible?

YHS: I think we bring Syria as a symbol of a “TINA” [“There Is No Alternative”] world, a world without alternatives. We are knocking at the door, but no answer has yet been heard. As far as I see it, we still do not exist in the powerful sense of the word. Syria is still not there in political theory, in philosophy, in literature, in culture. We are present, but this fact is still muted, meaningless for most Europeans. To Europe as such, the Syrian presence has not said anything yet. I hope I am not too Syria-centered in seeing this as a sign of crisis. Europe does not seem to be curious any longer.

What have you discovered in Europe, and particularly Germany, in terms of human values? Chauvinism; a sense of justice; universalism?

YHS: Sovereignty. In the sense of the greatest capacity possible; full power; supermanship. The sovereignty of individuals, of states, and of civilization. I understand sovereignty to be a post-freedom condition. Freedom has been realized here, so it is no longer a cause to fight for. It is a cause for us, not for most Europeans. Maybe this is one source of misunderstanding our struggles. Maybe it is a matter of impossible identification between the sovereign and citizen, let alone the homo sacer. The sovereign is not curious about those fighting for citizenship and freedom; even less for those who just aspire to a livable life. If this is true, it may shed some new light on racism. It is not even a matter of Islamophobia; rather it is the incommensurability of the sovereign and those who struggle to be citizens.

What might emerge from this generation that lived the revolution and then had to flee the country? An endless frustration, or the desire to realize its ideals outside of Syria?

YHS: I tend to be hopeful, tragically hopeful. Many within the revolutionary generation have had momentous experiences, and they are now developing better tools to represent, narrate, and interpret them. They are participants in a very big story; a story to be proud of; and to keep telling, elaborating, revisiting. The relationship between the personal and the political (and between the Syrian and the global), is central in their trajectories. At the same time, they are not old-fashioned rigid revolutionaries. They incorporate despair, melancholy, burnout, and extreme loss in their perspectives and constitution. Many of them are already a part, even a leading part, of a new global revolutionary sensitivity.

I am not afraid of the danger of rigid idealism. What I am afraid of is that we succeed in developing a distinct narrative just to live within it, to turn it to a shell protecting us from the world.

How do you explain the great creativity in art (films, books, paintings, music) from young Syrian artists in such difficult conditions of war and exile?

YHS: 1) Independent Syria. 2) A convergence between immense first-hand experiences and improved tools at their disposal. 3) Personal revolutions, and greater self-esteem emanating from having faced danger and survived it. 4) An obsession with documentation, which has been like an instinct since the first day of the revolution, possibly as a response to decades of forced orality. 5) Hunger for recognition after so many years of subalternity and obscurity.

Is Syria the new paradigm for the twenty-first century; the law of the strongest, but also the thirst for a total revolution, starting from a personal one?

Syria today is a non-home, a non-nation. The “impossible revolution” has been impossibly destroyed. Syria was once called the “kingdom of silence;” now I would rather call it the kingdom of the impossible. The third impossibility, after the revolution and its destruction, is the emergence of a new Syria.

We started with one enemy; a tyrannical regime with genocidal tendencies. Then we had a plethora of nihilist religious groups; enemies of ordinary life, with genocidal tendencies of their own. Then came a multitude of foreign occupation powers, sharing the narrative of the “War on Terror,” and diagnosing “Terror” as the main global political evil. Through this diagnosis, these new colonial powers end up legitimizing a genocidal regime. When Monsieur Macron said in 2017 that Assad may be the enemy of the Syrian people but he was “not our enemy,” he was saying in effect that France’s concern was attacks against itself and Europe. That Syrians were undergoing genocide was their own problem.

I refer to this juxtaposition of “Terror” and genocide because the world is not the same when the priority is one or the other. Prioritizing the former leads to the securitization of politics and support for thuggish regimes, whereas prioritizing the latter involves democracy, equality, and social justice.

With these issues in mind, thinking of Syria can revolutionize political thought, and reconnect the political to the ethical. This was the original definition of left-wing thinking, according to Santiago Alba Rico, one of the finest Spanish intellectuals.