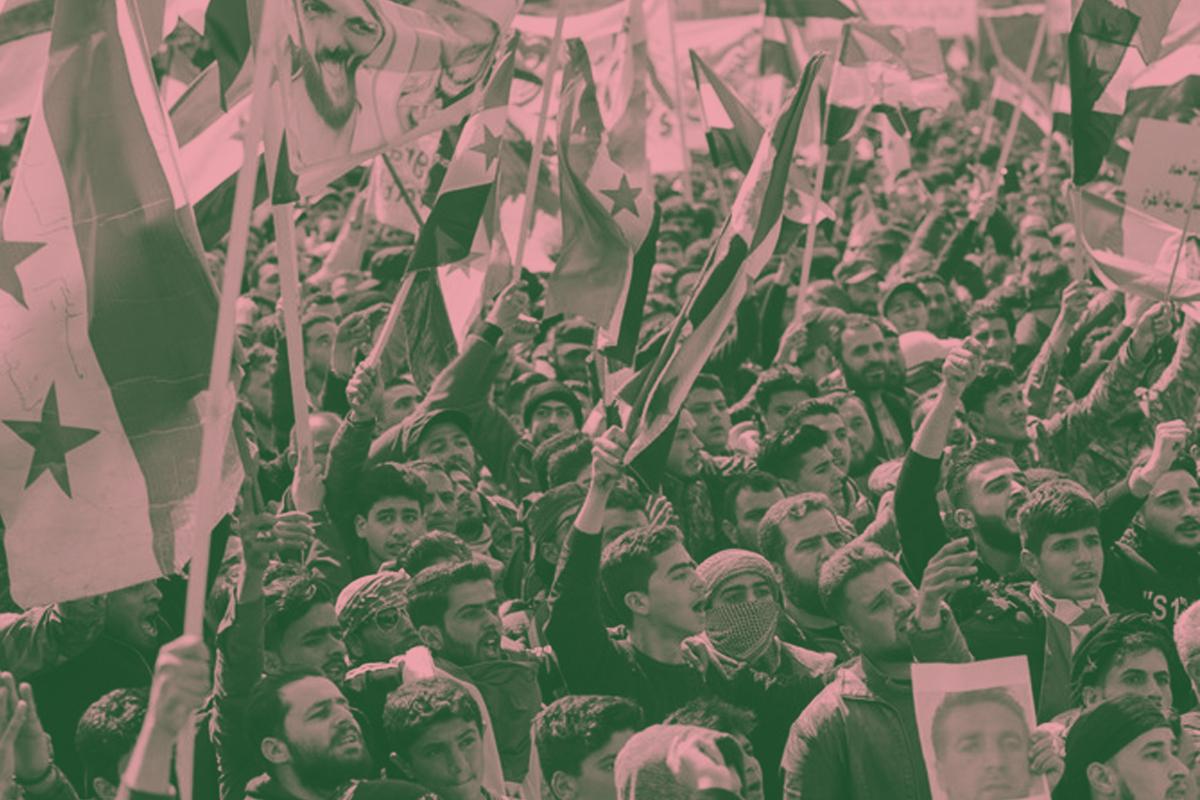 How Syria Fell into Irrelevance for the West

After more than a decade of brutal war and half a million deaths, the vast majority of which came at the hands of forces loyal to the Assad regime, the humanitarian situation in Syria has never been worse, with the impending risk of famine now coloring the horizon. Yet the plight of Syrians is becoming increasingly irrelevant to Western politicians, as reflected in their demonstrable lack of interest in pushing for a political settlement to the conflict. The number of times the word “Syria” is searched for on Google, the world’s largest search engine, has also dropped significantly in Western states, indicating that the public as a whole, for that matter, has become desensitized to Syrian suffering. The same trend appears when searching on YouTube or Google Images, or when searching for the same word in French, Spanish, German, or Italian.

Simply put, in Western states, there is an overriding loss of interest regarding Syria among people and their elected officials just when the country needs them the most.

Interest over time: news searches on Google for the word “Syria”:

When we took to the streets of Syria shouting “Herrieh, herrieh!” (freedom, freedom) in 2011, we had no expectations from Assad’s allies, given their miserable human rights record. We had our eyes on the West. In my house in old Aleppo, I used to argue with my friends who were reluctant to join the peaceful protests that we were now entering a different age – one in which Assad cannot bomb us indiscriminately for demanding our basic rights, as his father did in the early 1980s. This is a different age. This is our age. Uploading videos online, we hoped, would captivate the attention of the West and the world will be watching instantly. Western democracies will side with the Syrian street as they did a few months ago in Egypt and Tunisia. And if the Government of Bashar al-Assad chooses to resort to violence, the West will intervene militarily to protect us from the brunt of its forces, as they did in Libya.

While civilians were being killed on the streets, the West was “condemning” the situation and imposing economic sanctions, but no force compelled Assad not to use force against us. Four months on – and after the government’s crackdown resulted in massive protests – we were given psychological support when then-US ambassador, Robert Ford, visited the Hama protests to make it clear the his country “stands with those Syrians who are expressing their right to speak for change.” Western countries followed suit by offering similar expressions of solidarity, but stood watching as we were systematically butchered by the army, the security forces, and pro-regime militias.

The world’s inaction regarding the plight of Syrians was so blatant that it inspired a slogan, popularized on the Syrian street, in numerous protests and songs: “Ya Allah, malna gherak ya Allah” (Oh God, we have no one but you [to save us], oh God). Western countries, while thankfully providing much of the humanitarian aid then and to date, were not sufficiently invested in stopping the bloodbath. Their military inaction primarily stemmed from two factors: their lack of interest in Syria due to its relatively light economic and political relevance, and Russian and Chinese resistance to such an intervention within the walls of the United Nations.

The regime continued its violent crackdown under Sino-Russian political cover and Iranian military support, forcing many Syrians to resort to violence. This turned the civil unrest into civil war, giving Assad his long-awaited justification to overtly use violence on a massive scale under the pretext that he was swarming off terrorism.

In August 2013, footage of women and children gasping for breath following a nerve agent attack by the regime on Ghouta, a rebel-held a suburb of Damascus, shook the world. The attack was and remains the climax of the conflict, as killing people with chemical weapons is particularly sensational. Five months later, more than 28,000 photos of horrific torture in the regime’s detention centers were brought to public attention. It was evident by then that the barbarity of the regime was unmatched by any other party in the conflict, Islamic terrorist groups included.

The level of violence and the abandonment of the Syrian people by the international community further fueled the rise of extremist groups, who were viewed by some of those opposing Assad as the only factions determined enough to stand against the regime. Extremist groups, such as the Islamic State, or IS, controlled large swathes of the country by 2015 after many failed and poorly coordinated Western and regional attempts at training and unifying the moderate opposition.

With IS threatening the West, a US-led coalition intervened militarily in September 2014 to defeat the terrorist group—but not to stop Assad’s atrocities, even though at the onset of the military intervention, 167,158 civilian casualties had been perpetrated by his regime, compared with only 861 by IS. The terrorist group therefore accounted for nearly 0.5% of the total death toll. Further highlighting the misplacement of the intervention, the horrific Caesar photos documenting the mass murder of Syrians in Assad’s prisons were revealed before the coalition arrived.

The West knew that Assad was much more murderous than IS prior to the intervention. Yet because his violence was directed at his own people, and because dislodging him was viewed as politically costly given Russian and Chinese support to his regime, Western rockets and bullets were aimed at IS while Assad faced only political and economic isolation.

Syria throughout the uprising was little more than a boxing ring for regional and international powers, including Iran, Russia, Turkey, the United States, and Israel. In 2019, under then US-President Donald Trump, the US Special Representative to Syria, James Jeffery, inadvertently acknowledged as much when he said that “[Syria] isn’t a quagmire. My job is to make it a quagmire for the Russians.”

While they were transforming Syria as a battleground for their own proxy wars, Western politicians continued to blame the lack of military progress on the rebels who—while admittedly fractious—were being pulled in opposite directions by regional and international backers. The civilians living in opposition-held areas were – and remain to this day – bombed on a near-daily basis by the regime and Russia while the world stands watching.

How Did Syria Fall into Irrelevance?

Since the intervention to defeat IS more than seven years ago, it became clear to Western politicians that freezing the conflict and stopping it from spilling over into other countries was politically cheaper than pushing for a settlement. In light of the backing Assad receives from Russia, Iran, and China, in addition to the veritable absence of secular and unified opposition groups, Western leaders viewed Syria as an issue to be contained, not resolved.

The West had four priorities in Syria, all of which have been broadly achieved. Those priorities where to, first, eliminate the threat of terrorism at home by defeating IS and other terrorist groups in Iraq and Syria. Second, to stem the flow of refugees to Europe by paying neighboring countries to keep at bay those searching for a better life in Europe. Third, to ensure that nerve agents do not fall in the wrong hands and cannot be used against civilians, by disciplining the regime with limited, albeit theatrical, airstrikes following glaring chemical attacks. And finally, to ensure the safety of Israel, by granting it carte blanche to intervene over the slightest suspicion of activities that affect its security.

The continued misery of Syrians and the policy of disengaging from the conflict fed into the lack of public interest. After all, the news cover what’s new and relevant. The best you can hope for these days as a Syrian who didn’t manage to escape yet is a head tilt of sympathy and food and tents to keep on living.

Karam Shaar is a Syrian economist and researcher.